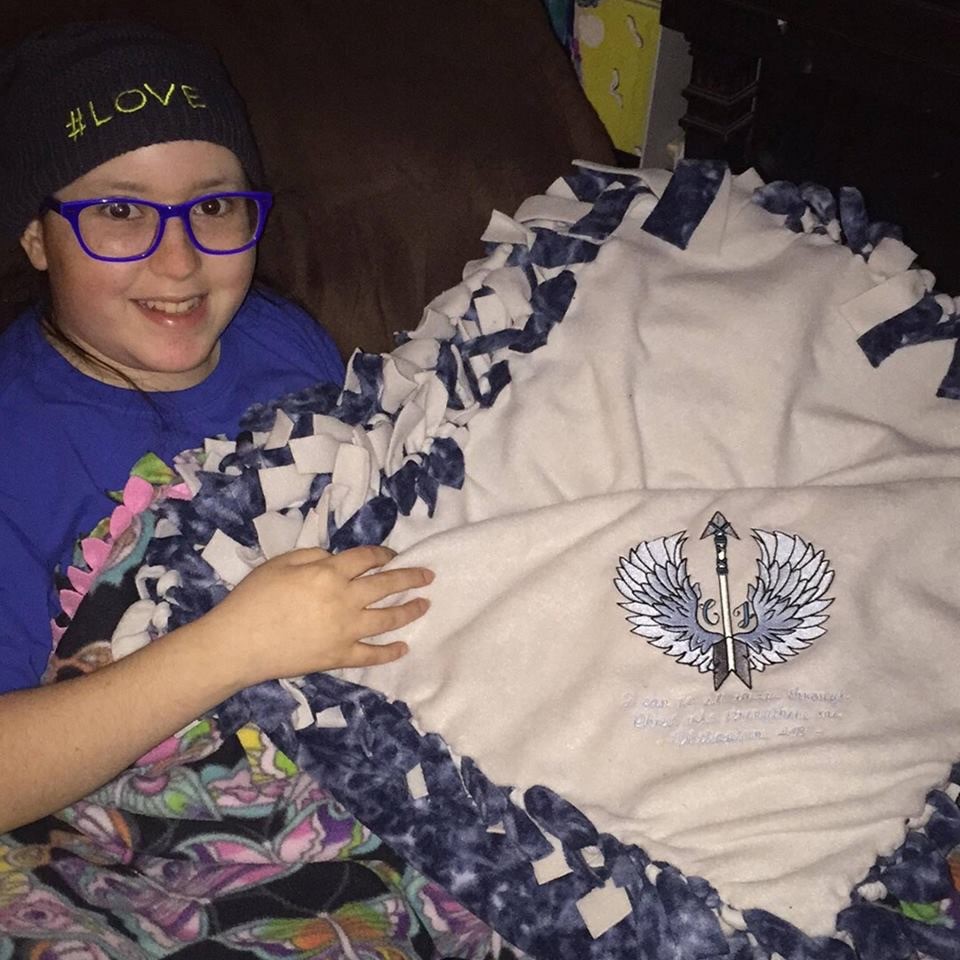 In spring of 2016 our daughter Chloe became ill with pneumonia and missed about 3 weeks of school. She was the member of the hurricanes soccer team at the time and was upset that she had missed 2 games. The weekend before she was going to go back to school she begged to play in her game against their rival team. I hesitated because she had just gotten better but she pleaded that her team needed her.

I will never forget what happened next. Chloe was the goalie and she was determined not to let the other team score. I saw her dive to the ground for a ball when suddenly she got kicked in the head really hard. As she staggered to get up she was holding her head and I ran to check on her. She told me she was fine just a tad dizzy but begged to finish the last few minutes of the game. Afterwards she said she was fine but just wanted to go home. That Monday I took her in just for a checkup and the doctor said she might have had a minor concussion and she said to just keep an eye out.

Never in a million years did I believe that just 5 weeks from the time she was kicked in the head, we would end up in the ER being rushed 3 hours away by ambulance to Arkansas children’s hospital because they found a tumor on her brain. She had emergency surgery to biopsy and make a pathway for the fluid that was building up in her brain because the third ventricle had been pinched off. She had a partial resection 2 1/2 weeks later and we waited for the final diagnosis for way too long. Chloe’s tumor was a one of a kind Histone mutation with no hope from this rare yet aggressive cancer called Glioblastoma. It was grade 4... terminal. We were not getting enough answers so we loaded her up and went to Houston to MD Anderson where she completed her treatment until nothing else could be done. She had 7 1/2 weeks of full brain and spinal radiation, the highest dosage an adult can have in a lifetime. We were shocked even more when we learned that there were no treatments at all for her type of cancer and only a handful of adult clinical trials that she would even qualify for.

We were devastated and began searching desperately for answers, but Chloe took a different approach than we did. Instead of focusing on herself and the things she had been robbed of along with all of the pain, poking, prodding and her fate, she turned her focus towards other kids like herself that she felt needed some uplifting. She began making blankets and carrying them once a week during her weekly chemo visits, handing them out to children. Chloe could change the atmosphere around her like no one else could. Her love, compassion and faith has become infectious and her legacy continues through her friends and family. Along Chloe’s journey with Glioblastoma brain cancer we had friends that lost children to DIPG, Osteosarcoma, and AT/RT. Help us continue building on what Chloe started by supporting her foundation in efforts to raise funds through her Hero fund, “Chloe’s crusade for a Cure” in lieu of a research grant for these devastating diseases.