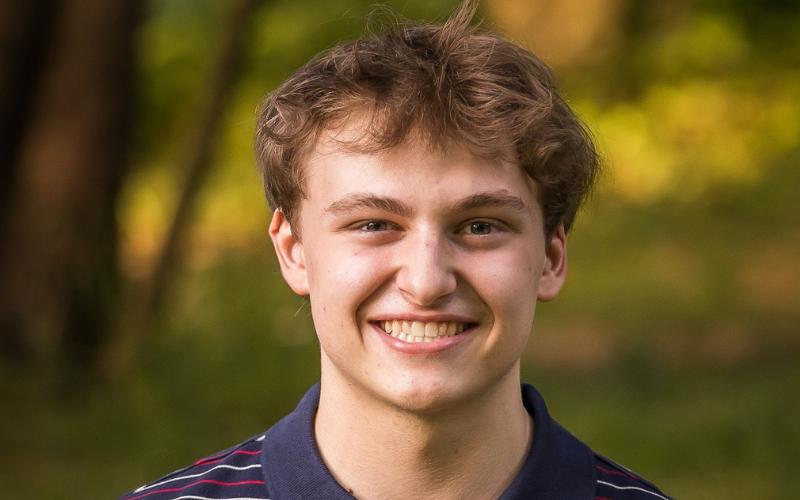 In his final days, Nick Priest's father taught him this lesson:

Little did his dad know that the tenacity he showed would inspire Nick to start devoting his life to others at the age of 4.

When Nick’s teacher taught their class about Alex Scott, it sparked in him a desire to hold his own lemonade stand in honor of his dad, who was bravely battling cancer. Their first annual stand was a tremendous success, but sadly, Nick’s dad passed away when Nick was only 6.

Still determined to carry on his father’s legacy, Nick and his family hold a lemonade stand every year on his dad’s birthday. Now 17, Nick and his mom, stepdad, brother and stepsisters work together to make their lemonade stand a fun event – big enough this year to raise more money than ever before! Together, they’ve raised nearly $30,000 for kids with cancer.

“The thought that I could actually be helping someone is what has always driven me,” Nick says.

But lemonade stands were only the beginning, and today, Nick has his own foundation called Nick’s Power of Play (NPOP). He even drew inspiration from Alex’s Lemonade Stand Foundation (ALSF) by including his name in the title. He inherited his dad’s love of gaming and infused it with his own passion for giving. NPOP pairs teens and children with illnesses to play video games, get to know each other, and prove to kids in isolation that they are not alone.

He explains, “My mission is to bring a smile to someone’s face that hasn’t had a real reason to smile in a long time.”

Like Alex, he understands the power of kids helping other kids. Although he’s been told he’s too young to start a nonprofit, Nick knows that the sky is the limit, and that is the same attitude he brings to his future. He plans on expanding NPOP into a nationwide organization, but he’ll have to balance growing his nonprofit with college applications as he starts his senior year of high school.

“The greatest lesson I have learned is that you have always, I mean always, got to keep fighting.”

Learning this lesson wasn’t easy, but Nick was inspired by his dad’s determination to see so many mornings when the doctors said he wouldn’t make it through the night. While his dad knew he couldn’t prevent the end, he chose to fight for more time to define his fate.

Nick says, “Every day he fought, and he decided life was worth fighting for.”

Today, his family keeps that message alive by helping ALSF fight to redefine the fate of childhood cancer. His personal objective is to help as many kids as he can, and with a selfless heart and a lifetime ahead of him, Nick’s impact is going to be something spectacular.