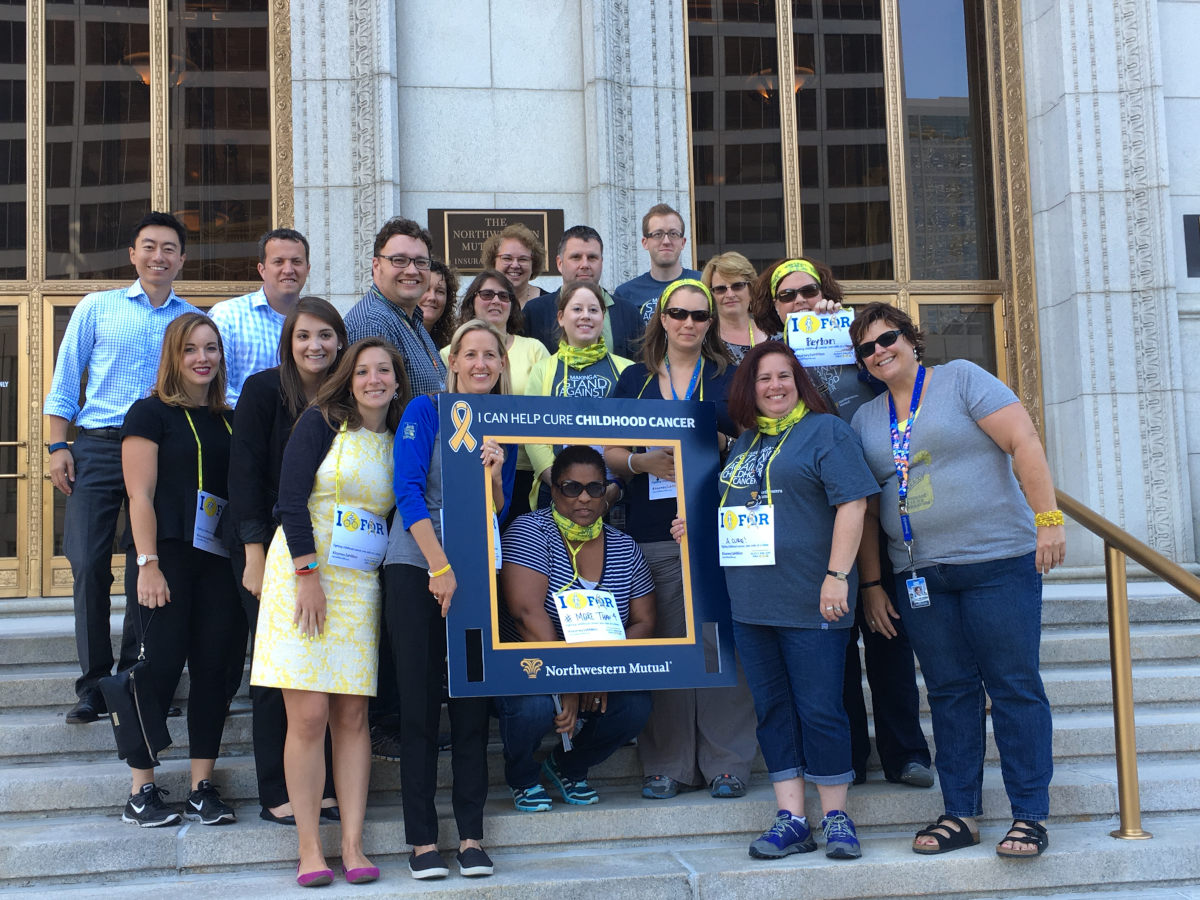 In 2012, Northwestern sought to have a major impact on a national issue that was seriously underfunded. After researching different causes, Northwestern Mutual took up the fight against childhood cancer by supporting Alex’s Lemonade Stand Foundation.

“There are too many kids suffering and dying from cancer, and we know research is the key to saving lives,” said Audra Brennan, Senior Director of Strategic Philanthropy at Northwestern Mutual. “Alex’s stands out as a national organization that is funding cutting edge and underfunded areas of cancer research.”

Northwestern Mutual home office and network offices across the country play a major role in funding these initiatives.

“Like they did prior to our involvement with Alex’s, our network offices fundraise in all sorts of unique and creative ways, but we’re united in our support for Alex’s,” said Audra.

The difference now, explained Audra, is that the offices have resources and support from Alex’s that guide and enhance their fundraising efforts.

“Whether it is email, on the phone, or attending one of our fundraisers, Alex’s staff is there to listen, teach, and cheer us on,” said Audra. “It’s almost like Alex’s team is an extension of our childhood cancer team.”

“Our business is very relationship driven and working with Alex’s shows that we care about the communities where we work,” said Audra. “Even our offices in small markets can point to our work with Alex’s as a place where we are having a big impact.”

Northwestern field representatives frequently wear Alex’s lemon pins that spark conversations about the company’s support for the charity and provide regional reports that show the impact they are having in the community.

“Our offices want to share how the dollars they are raising are having a local impact,” said Audra. “Alex’s does too; they’re always working with us to help us help them.”

Alex’s makes it so easy to see the impact you are having because they are having a big impact and are so willing to work with our employees and offices. We’re always looking for ways to keep our field offices engaged and Alex’s is at the table helping us explore options and to help in any way they can.