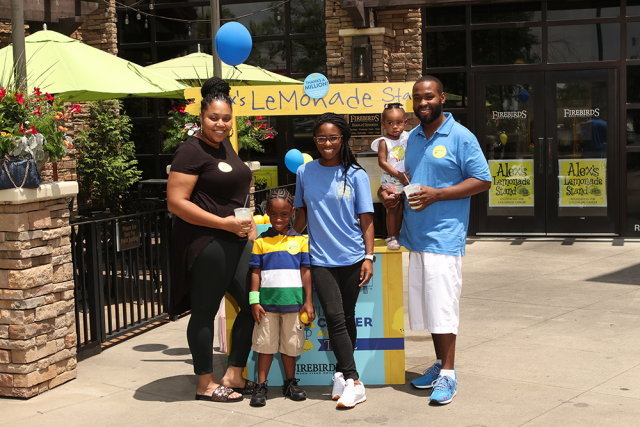 Firebirds Wood Fired Grill became a national partner with Alex’s Lemonade Stand Foundation in 2012, but they knew about the cause well before that. They’d previously met Alex’s mom, Liz Scott, in 2008 and were delighted when the collection of restaurants first participated in Lemonade Days 2014.

Now, the staff brings local families with children fighting cancer to help out at the stand. They also sell Big Daddy Lemon Cake, giving a portion of the sales to the Foundation. Every year, they feel humbled to continue helping such a worthwhile cause.

“Everyone comes together during this time to spread the word in the community and celebrate Alex’s legacy by “fighting childhood cancer, one cup at a time.” It really is a community effort in which Firebirds is proud to be a part,” said Stephen Loftis, Vice President of Marketing for Firebirds.

Firebirds Wood Fired Grill’s Tip to Stand Hosts: “Location, location, location! The event is bigger than just you and should be treated as such. We partner with some of our food vendors to donate ingredients, increasing the amount of money that we can donate to ALSF. Proper marketing is critical too and should be localized for each town."