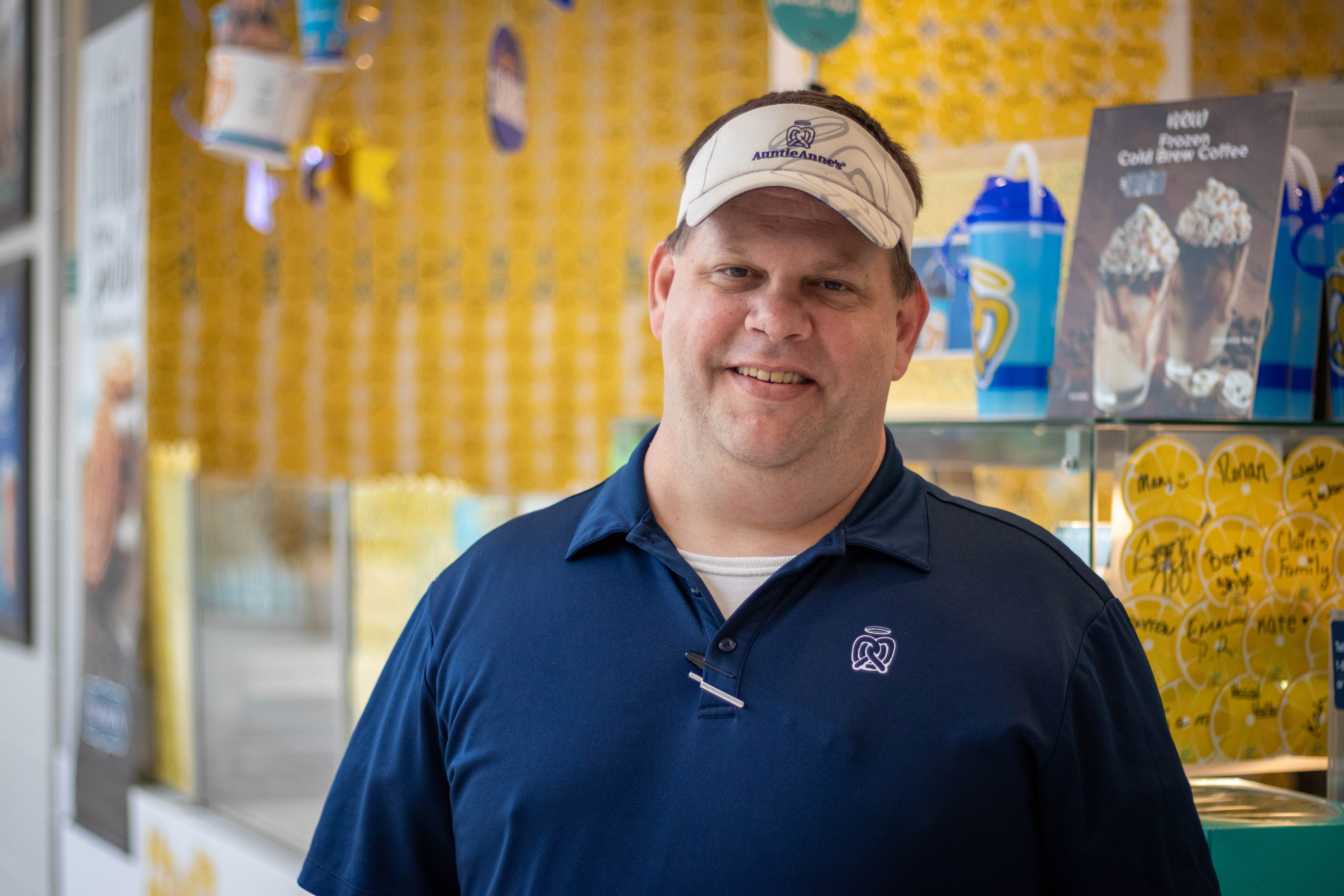 When most people hear the term “social enterprise” they think of TOMS Shoes, Seventh Generation or Newman’s Own. But another company that belongs in the pantheon of businesses that began with a focus on social impact is Auntie Anne’s Pretzels.

“The company’s founder ‘Auntie’ Anne Beiler opened her first shop 30 years ago so she and her husband could fund a dream to give free family counseling services for their community,” explained Heather Neary, former president of Auntie Anne’s Pretzels.

Giving was baked into the company right from the start, and Anne had a saying, “You give to get to give again.” After Anne sold the company, a lot about this special business stayed the same, including its commitment to giving back to the community.

“We were always true to our history and supported great causes, but in 2011 we were ready to take our giving to the next level with a national partnership,” said Heather.

The team at Auntie Anne’s Pretzels considered plenty of great nonprofits, and it seemed like it was going to be difficult to pick just one. That was until Jay and Liz Scott from Alex’s Lemonade Stand Foundation visited the team.

“You just couldn’t help but be impacted by Liz and Jay,” said Heather. “Alex’s mission to fund children’s cancer research is incredible.”

You get what you put into a partnership. The entire team at Alex’s is very passionate about what they do. They’re very good at recognizing crew members at the store level. They have a personal touch that keeps the team engaged and motivated.

When the team at Auntie Anne’s voted, support for Alex’s was almost unanimous. In addition to the mission fit between the two organizations, everyone felt that pretzels and lemonade were the perfect combination!

Since partnering with Alex’s, Auntie Anne’s Pretzels has raised over $5.6 million via fundraisers in its 1,300 U.S. stores.

Alex’s has played an important role in engaging employees in the fundraisers and keeping motivation high with updates on their progress. They’re masters of the personal touch. Alex’s team members visit stores, send notes of appreciation and are even active on a private Facebook group where they cheer on employees.

“Liz and Jay come and speak at many of our corporate events, and Alex’s connects us with ‘hero children’ in different markets around the country,” said Heather.

The company plans to continue its support for Alex’s for many years to come. Heather was recently invited to join the nonprofit’s advisory board, and she was happy to accept.

“I love hearing about their fight to end childhood cancer,” she said. “I share what I learn with franchisee owners who in turn share it with employees. In ten short years we’ve raised over $5.5 million for Alex’s.”

Together, Auntie Anne’s Pretzels and Alex’s have perfected their recipe for fundraising success.