Hedgehog & IGF Signaling through IRSI in Brain Development and Medulloblastoma 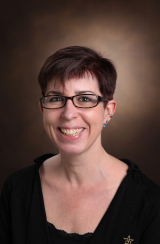 Medulloblastomas are the most common solid pediatric malignancy. Current treatments for these tumors – radiation, chemotherapy, and surgery – leaves survivors with lifelong side effects, including motor deficiencies and learning disabilities (Packer et al., 1999) Advances in medulloblastoma treatment have been hampered by our poor understanding of the molecular events underlying these tumors and the lack of mouse models for studying them. Medulloblastomas are proposed to arise from cerebellar granule neuron precursors (CGNPs) in the developing cerebellum. The intracellular pathways activated by the secreted molecules Sonic hedgehog (Shh) and Insulin-like growth factor (IGF) Signaling pathways that are involved in GNP proliferation and survival are implicated in medulloblastoma formation and growth (Marino, 2005).By examining how these pathways promote CGNP cell cycle progression, we hope to identify new molecules that could be targeted by drugs that are more specific for tumors and less likely to damage the still-developing brains of patients. More broadly, Shh and IGF signaling have been implicated in a variety of neural and non-neural tumors, including basal cell carcinoma and neuroblastoma (Rubin and de Sauvage, 2006). Thus our results may increase understanding and lead to better treatments for other cancers.

We carried out studies of how IGF pathway components are regulated in cultured CGNPs treated with Shh. We found that Shh-treated cells possessed very high levels of insulin receptor substrate 1 (IRS1), a protein that is directly activated by the IGF receptor and which isrequired for proliferation in cells for which IGF is mitogenic (Van Obberghen et al., 2001; Waters et al., 1993). Based on these observations, we proposed to:

Our results confirm that IRS1 plays an essential role in Shh-mediated CGNP proliferation and that it may also be involved in Shh-associated medulloblastomas which also carry evidence of increased IGF receptor activation. Moreover, our results demonstrate a novel interaction between the Shh signaling pathway and the mTOR pathway that regulates new protein synthesis. Our finding that Shh causes IRS1 mRNA translation and protein stabilization illustrates a novel means for Shh to regulate intracellular targets. These results suggest that medulloblastoma therapies that result in inhibition of the iGF receptor could be highly effective in Shh-associated medulloblastomas and other cancers in which IRS1 protein is found. These studies were published in Development in 2008 (135(19):3291-300).

Dr. Kenney was awarded an ALSF Innovative Grant in 2009.