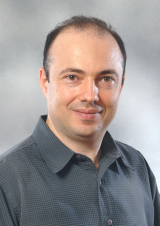 Background
Neuroblastoma (NB) is the most common extracranial malignancy of childhood. About 60% of children with high-risk disease are not cured by current therapy and therefore require new treatment strategies. NKTs are a unique subset of white blood cells with antitumor properties. Our group recently showed that NKTs localize to the tumor site in NB patients and attack non-malignant cells called tumor-associated macrophages, which provide critical support for the survival and growth of the tumor cells. For the greatest effect of immunotherapy, NKTs must survive in the hostile environment at the tumor site and attack not only tumor-supportive cells, but cancer cells as well.

Project Goal
Our published and preliminary results suggest that upon genetic engineering with a receptor for a survival factor called IL-7 and with a neuroblast-targeting molecule called CAR.GD2, NKTs will survive at the tumor site and have antitumor efficacy via targeting of neuroblast-supportive cells and neuroblasts themselves. In order to prove this, we will use NKTs from NB patients and employ established in our labs methods to genetically modify them with IL-7 receptor and CAR.GD2 constructs. Functional activity of these modified NKTs will be tested using in vitro and in vivo experimental systems. The best construct will be selected for subsequent phase I clinical trial of gene-modified NKTs in NB patients.

What were you initially studying with your grant funded by ALSF?

The goal of our project was to develop a new class of cancer immunotherapy that exploits natural and engineered properties of Natural Killer T cells (NKTs) to target both tumor cells and tumor-supportive stroma in children with neuroblastoma. Our group originally discovered that NKT cells localize to the tumor site and their presence inside the tumor is associated with good outcome in neuroblastoma patients. While exploring the mechanism of natural anti-tumor properties of NKT cells, we found that instead of killing tumor cells directly, NKT cells attack non-malignant cells called tumor-associated macrophages, which provide critical support for the survival and growth of the malignant neuroblasts. In order to maximize NKT-cell therapeutic potential we have engineered NKT cells to employ a clinically tested neuroblast-targeting molecule called CAR.GD2 so that these cells can now target both tumor cells and tumor-supportive stroma.

What have you found?
Supported by our ALSF Innovation Award, we have generated and tested 5 different versions of CAR.GD2-expressing human NKT cells and selected one which demonstrated superior therapeutic activity against established metastases in a humanized mouse model of neuroblastoma. CAR.GD2 expression rendered NKTs highly cytotoxic against neuroblastoma cells without affecting their CD1d-dependent reactivity. Importantly, CAR.GD2 NKTs effectively localized to the tumor site, had potent antitumor activity and repeat injections significantly improved the long-term survival of mice with metastatic neuroblastoma.

What does this mean for children with cancer and their families?
These results establish the potential of NKT cells to serve as a safe and effective platform for CAR-directed cancer immunotherapy in children with neuroblastoma and likely other types of cancer.

What are your next steps?
In the next step we will validate CAR.GD2 NKT cell preparation under cGMP conditions and conduct a phase-I clinical trial of ex vivo expanded CAR.GD2 NKTs in patients with resistant/recurrent neuroblastoma.

In parallel with the clinical trial development, we will continue studies of novel CAR constructs designed to further enhance NKT-cell in vivo persistence and anti-tumor activity.

What has this grant from ALSF allowed you to do that you wouldn’t have been able to do otherwise?
This grant from ALSF dramatically accelerated progress with our efforts to translate the accumulated knowledge of NKT-cell biology into a conceptually new form of cancer immunotherapy that may soon be tested in children with resistant/recurrent neuroblastoma.

Why did you choose to work in this field/on this topic?
I’d been trained as a pediatric oncologist in Moscow, Russia >20 years ago and primarily took care of children with high-risk or recurrent neuroblastoma. Since almost none of my patients survived (some of them dying literally in my hands, their faces and words still vivid in my memory), I realized that the available therapy was ineffective and that the situation could only be changed via research. I was fortunate to become involved in collaboration with Drs. Siegel and Seeger at CHLA, moved to LA for a 5-year postdoctoral training in research that was focused on the immunobiology of neuroblastoma, and am still staying the course.

"I’d been trained as a pediatric oncologist in Moscow, Russia more than 20 years ago and primarily took care of children with high-risk or recurrent neuroblastoma. Since almost none of my patients survived (some of them dying literally in my hands, their faces and words still vivid in my memory), I realized that the available therapy was ineffective and that the situation could only be changed via research."  -Leonid Metelitsa