Racial and Ethnic Disparities in Survival of Children with Neuroblastoma 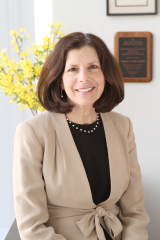 We recently demonstrated that African Americans with neuroblastoma have a statistically worse outcome than Caucasian patients. Although multiple factors contribute to health disparities, our studies indicate that genetic factors play a critical role in the overall poor outcome we observed in African American children. Using a unique laboratory, cell-based model, Drs. Dolan and Cox (co-investigator and collaborator, respectively, at the University of Chicago) have identified genetic variants that account for resistance to chemotherapeutic drugs commonly used in the treatment of neuroblastoma. We hypothesize that genetic factors contribute to the high prevalence of clinically aggressive, chemotherapy-resistant neuroblastoma tumors observed in African American children with neuroblastoma. To test this hypothesis, we will evaluate the association between the genetic variants identified in the Dolan laboratory and outcome in a cohort of 2200 neuroblastoma patients. We will also use a novel second generation genome-wide analysis to identify additional genes associated with poor outcome.  In collaboration with Dr. Kevin White ( Director of the Institute for Genomics & Systems Biology, University of Chicago), we will use next-generation sequencing to identify rare, inherited genetic factors associated with chemotherapy resistance and poor outcome. Understanding the genetic variables that contribute to ethnic diversity in chemotherapy response in neuroblastoma is critical for the development of more effective, individualized treatment strategies. Further, our studies are likely to have clinical relevance beyond neuroblastoma, as the genetic variants we identify may also prove to be associated with chemotherapy resistance and poor outcome in African American children with other types of cancer.

What were you initially studying with your grant funded by ALSF?
In an analysis of more than 3500 patients with neuroblastoma, we previously demonstrated that outcomes for children with neuroblastoma differed by race.  Specifically, African American patients had a statistically worse survival rate than Caucasian patients.  Further analysis showed that African Americans had significantly higher prevalence of the clinically aggressive, high-risk neuroblastoma compared to Caucasians. The overall goal of the ALSF-funded project is to understand the causes of these racial disparities so that more effective, individualized therapeutic strategies can be developed.

What have you found?
Although multiple factors including socioeconomic, environmental, cultural, and genetic differences contribute to health disparities, it is unusual for low-risk, highly curable neuroblastoma tumors to develop into clinically aggressive tumors over time. Thus, delay in the diagnosis of neuroblastoma or lack of access to timely health care is not likely to account for the higher prevalence of clinically high-risk disease observed in African American children with neuroblastoma. Others have identified genetic variables that account for ethnic diversity in anticancer drug responsiveness among different populations. We, therefore, hypothesized that genetic factors contribute to the high prevalence of clinically aggressive tumors observed in African American children with neuroblastoma. To test this hypothesis we analyzed the genotypes of an ethnically admixed population of neuroblastoma patients (N = 2709) enrolled on the Children’s Oncology Group neuroblastoma biology protocol ANBL00B1 between 2001 and 2009. We found that genetic variants within the LINC00340 and SPAG16 are important in the acquisition of high-risk neuroblastoma.

What does this mean for children with cancer and their families?
Our findings emphasize the key role genomic variation may play in determining the clinical behavior of neuroblastoma tumors. Understanding how these genetic variables contribute to ethnic diversity in chemotherapy response and outcome in neuroblastoma is critical for the development of more effective, individualized treatment strategies that will maximize response, minimize toxicity, and ultimately, eliminate the current disparities in outcome.

What are your next steps?
Efforts to understand the underlying biology of these variants associated with risk group classification and survival are underway. We are currently investigating if the LINC00340 and/or SPAG16 genes influence the growth of neuroblastoma cells and whether the genomic variants we identified modify gene expression or activity.

Has this research been published?
We have published some of our results in the Journal of the National Cancer Institute. The full reference is:  Gamazon ER, Pinto N, Konkashbaev A, Im HK, Diskin SJ, London WB, Maris JM, Dolan ME, Cox NJ, Cohn SL. Trans-population Analysis of Genetic Mechanisms of Ethnic Disparities in Neuroblastoma Survival. J. Natl. Cancer Inst., 105:302-309, 2013.

What has this grant from ALSF allowed you to do that you wouldn’t have been able to do otherwise?
The ALSF grant provided the funds required to perform this analysis. Our work would not have been able to be performed without this support. We plan to build on these exciting results and submit a research grant to the NIH to continue our functional studies.

Why did you choose to work in this field/on this topic?
I am a pediatric oncologist, and I have devoted my career to caring for children with neuroblastoma. The poor outcome that is seen in children with high-risk neuroblastoma with current treatment approaches has motivated me to conduct research focused on understanding the biology of this neuroblastoma and the development of more effective, less toxic treatments.  Our recent studies, funded in part by ALSF, have demonstrated that in addition to genetic aberrations in neuroblastoma tumors, germline genomic variation plays a critical role in the racial disparities in survival observed in children with neuroblastoma. We believe these results will provide new insights for the development of personalized treatment strategies and improved outcome for children of all ethnicities.