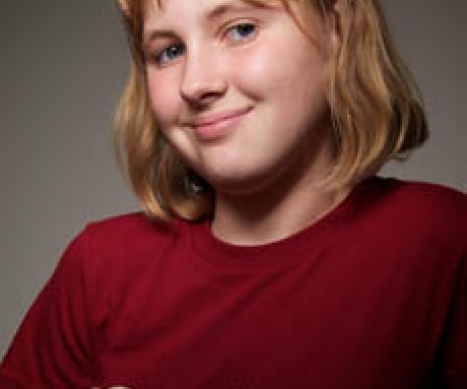 Jordan Marin Vincent began her battle with cancer in January of 2003. She was four-years-old. Since that time, she has been battling primary diffuse neural-glial tumors that cover her brain and spine. People who know Jordan are captivated by her unwavering drive toward wellness and her charismatic personality. She proudly tells people she is "kicking cancer's butt," and has taken to calling herself a "cancer slayer." She was briefly in remission in 2009, but a few months ago learned that she has a new tumor growing within her spine. She has restarted chemotherapy.

Donate in Honor of Jordan Today!