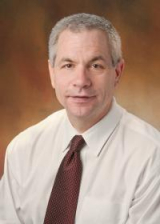 Neuroblastoma is a childhood cancer that typically originates in the abdomen or chest and causes 1 out of every 10 childhood cancer deaths. The main reason the disease is lethal is because in over half of all patients it has spread widely throughout the body at the time of diagnosis. Death usually occurs because of an inability to control the disease that has traveled to distant parts of the body. Frustratingly, while neuroblastoma is typically very sensitive to radiation therapy, even at disease relapse, the fact that single cells can be scattered throughout the skeleton limits our ability to use radiation therapy. Iodine-131 meta-iodobenzylguanidine ([131I]MIBG) is an intravenous radioactive medicine that has been used for decades to treat relapsed neuroblastoma. While it is very effective, it is not curative and we think this is mainly due to the type of radiation emitted by 131I. We recently created a new drug called astatine-211 meta-astatobenzylguanidine ([211At]MABG) that emits a much more potent type of radiation. We have extensive new data showing that it is much more effective than [131I]MIBG in mouse models of neuroblastoma.

Because [211At]MABG also has the potential to be a safer drug, we now propose to complete the portfolio of studies necessary to conduct a clinical trial in children with relapsed neuroblastoma. The successful development of targeted radiation therapy with [211At]MABG could provide a safe and effective new strategy to eliminate neuroblastoma throughout the body.

During the funding period, we will demonstrate that targeted radiotherapy with 211At-MABG is superior to 131IMIBG in preclinical models and provide the momentum necessary to translate the work here to patients with the disease. This will be the first concerted effort to intravenously deliver an α-emitting radionuclide to pediatric cancer patients. The personalized aspect of our approach is to understand the relationship between the target (NET density) and activity (response rate), and our goal to be able to predict antitumor activity in the clinic based on both genetic and imaging biomarkers. We expect to develop 211At-MABG first as a novel salvage therapy for children with relapsed high-risk neuroblastoma, a condition that is nearly uniformly fatal. Subsequently, we will determine the impact 211At-MABG has on preventing relapse when incorporated into upfront therapy and thus improving cure rates for this disease. In addition, we will seek to determine if systemic targeted radiotherapy with 211At-MABG can replace the use of traditional external beam radiotherapy that is standard for these patients, encumbered with all of the potential side effects of delivering high-energy photons to developing tissues in children.