Home » Where the Money Goes » ALSF Funded Projects » Be a Dog’s Best Friend, Help a Child

Be a Dog’s Best Friend, Help a Child 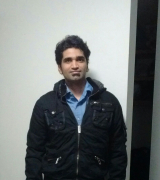 Background
Parents sometimes ask a question that is perhaps naïve, but poignant: which cell line or murine model do I read about that is most similar to my own child? Aside from the natural assumption that no article on Pubmed should be used to direct therapy for a relapsed osteosarcoma patient, the question holds some degree of validity. Are there molecular subytpes to osteosarcoma? One might imagine that this is established (Rb1, p53, MYC, etc) but actually, it's not very well defined, nor are the genetics and gene expression of common osteosarcoma cell lines and patient-derived xenograft models established. Ashish's work is simple in a way: run hierarchical clustering on osteosarcoma RNAseq samples. There are 3 major algorithmic approaches to try. But how can one determine if the resulting "family tree" (dendrogram) of patient samples and model systems are correct?

Project Goal
To get a first impression, Ashish will create a figure legend of DNA exome changes (mutations, copy number variations and indels). We expect, for example, that RB1 mutant osteosarcomas will cluster differently from MYC amplified osteosarcomas. Later, our biologist teams will run cell lines and patient-derived primary cultures on drug panels (large chemical libraries) to see if we find endotype (subtype) specific drug sensitivities. We expect that this project that Ashish creates will result in a publication, and possibly even a drug (or drugs) that can be further validated via in vivo preclinical studies, so that the new treatment can be considered for a future clinical trial.