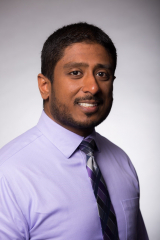 Background
Ewing sarcoma is a bone and soft tissue cancer which primarily affects children and young adults.  Annually there are more than 1,000 patients diagnosed worldwide.  Long-term overall survival remains poor (50-70%), and less than 30% of patients with metastatic or recurrent disease survive. Specific tests for Ewing sarcoma that can determine treatment response and tumor recurrence are sorely lacking. Development of a non-invasive biomarker for Ewing sarcoma would allow for quicker and more accurate disease assessment.  This type of biomarker could also allow for more rapid detection of recurrence. Development of such a biomarker would also allow patients who are likely incurable with standard therapies to be considered for treatment with more intensive regimens or novel agents earlier in the course of their disease.

Exosomes are tiny particles that are released by tumor cells.  These particles contain components of the tumor cells and accumulate in bodily fluids.  The particles can be used as a surrogate to monitor tumor burden and therefore are a promising biomarker for disease.  In several adult tumors, exosome levels and expression have been correlated with specific tumor types.

Project Goal
Our goal is to better characterize exosomes produced by Ewing sarcoma cells and to study their unique contents in order to develop a blood based test that can serve as a biomarker that will provide real time monitoring of tumor presence/recurrence and response to treatment.  If proven effective, the treatment of children and adolescents suffering from this devastating and life-threatening disease could be improved.

As a result of the funding Dr. Samuel received from ALSF, his lab was able to identify and characterize a specific biomarker that is present in the blood when a child has Ewing’s sarcoma. This discovery has allowed Dr. Samuel and his team to develop a blood-based test that can hopefully be used during therapy to determine whether a specific treatment is working, and after treatment to establish whether a child is in remission or if there is a recurrence of Ewing’s sarcoma.  The blood test is minimally invasive and uses only 1/20 of a teaspoon of blood. The blood test also may have the potential to detect the presence of Ewing’s sarcoma cells earlier than an MRI or other radiology scans can.

Read more about Dr. Samuel’s work on the ALSF blog.