Home » Where the Money Goes » ALSF Funded Projects » Pediatric Osteosarcoma: Identifying the elusive molecular signature and its relationship to this disease

Pediatric Osteosarcoma: Identifying the elusive molecular signature and its relationship to this disease 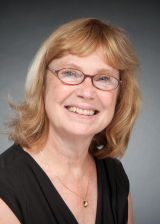 Osteosarcoma is a malignant and aggressive bone tumor, which primarily affects children and adolescents, with a high rate of recurrence and metastasis. The standard treatment for children with osteosarcoma is a combination of chemotherapy and surgical removal of the tumor, often requiring partial limb amputation. The 5-year survival rate for children with metastases at diagnosis is less than 30%, and sadly, there have been no new therapies for treating osteosarcoma in over 30 years. The advent of cancer genome sequencing has identified novel and highly conserved pathways for therapeutic targeting in several childhood cancers. However, the unusual frequency of mutations in the genetic material of this bone tumor has hampered similar breakthroughs due to large variations between patient tumors. However, one of the only conserved features of bone cancer is the dramatic swelling of internal tumor cell compartments, which is not observed in normal bone cells or other cancers.

We hypothesize that the underlying cause of this abnormal cellular structure could represent the elusive molecular signature of this disease and could provide sorely needed new therapeutic targets. To address this shortcoming, we can draw from a wealth of genetic data on 23 osteosarcomas. Using this information, we have identified decreased levels of six proteins that normally control the cellular structure that is affected. The goal of our work is to understand how this well-conserved abnormality benefits osteosarcomas and to find cellular pathways that regulate expression of the six reduced proteins with the objective of identifying new targets to treat osteosarcoma.

An unusual and dramatic swelling of one cellular organelle represents a conserved feature of osteosarcoma tumors. We found there were decreased levels of a group of proteins that function to package proteins made inside the cell and transport them to the outside of the cell where they perform their functions. The resultant accumulation of the non-transported proteins in the cell leads to this abnormal feature of osteosarcomas. These changes were present in the 108 pediatric osteosarcoma tumors we examined. This represents the first conserved “molecular signature” or genetic abnormality identified, despite the vast genetic differences that are characteristic of this tumor type. In the past year, we produced genetically modified osteosarcoma cell lines in which the expression of these transport proteins was restored, which resulted in the disappearance of the abnormal structure of the organelle. These lines are being used to understand how the genetic changes we identified support the cancerous properties of this tumor. In addition, they are being analyzed to identify proteins normally expressed at the cell surface or released from the cell that are affected by decreased levels of the cellular machinery for their transport.