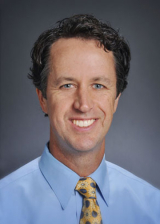 Background
Acute myeloid leukemia (AML) is the second-most common type of leukemia in children. AML progresses rapidly and nearly 50 percent of children who are treated for AML experience a recurrence of their disease. After this recurrence, the survival rates are dismal, measured in weeks to months rather than years. Treatment failure is the primary reason for recurrence. Discovering and testing new treatment regimens is urgently needed to improve survival for childhood AML.

Project Goal
At Children's Hospital of Wisconsin (Children's), we have pioneered a new way to kill AML, in which we take a small number of leukemia cells from the patient and infect the cells with a virus outside the body. The virus, now added to the AML cells, tricks leukemia into making a protein called interleukin 12 (IL-12) that makes the AML cells appear to be foreign to the patient's immune system. The IL-12-producing, infected AML cells are then returned to the patient, where the immune system begins attacking the modified leukemia cells and the other AML cells in the body. Treating pediatric patients with their own AML cells is a novel approach. An adult study using this same approach opened last year and the first patient has been treated. Our trial will be the first in the world for children with AML and, if it is successful, could replace intensive chemotherapy and extended hospital stays, and could significantly reduce the side effects associated with current AML treatments.

We are completing the remaining pre-clinical steps prior to starting a first in children clinical trial for relapsed AML where we will use the patient’s own AML cells, in which we engineered to produce IL-12 (an anti-cancer protein), administering them back into the patient where they will stimulate the immune system to seek and destroy residual leukemia. To date, we have produced a lentivirus vector, which allows the patient’s AML cells to make and release IL-12, using GMP protocols required to launch an early-stage pediatric clinical trial in Milwaukee. We have infected human AML cells with the IL12.LNGFRtmpK vector we produced on site. We will conduct animal experiments investigating the infected AML cell function and toxicity, while we continue the clinical procedure development, and seek FDA approval to launch the trial.