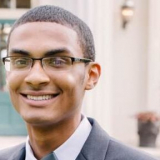 Background
In this project, a library of small molecule inhibitors will be screened on mutant cell lines that mimic the genotype present in diffuse intrinsic pontine glioma (DIPG) patients. DIPG is a particularly aggressive form of pediatric cancer that afflicts the central nervous system of patients and is generally associated with dismal prognoses. This project will build off previous work where isogenic cell lines that harbor two specific mutations, which have been found to be prevalent in DIPG, were created. The induced mutations of these cell lines include a K27M mutation in the H3F3A gene of histone H3, a truncation mutation of a phosphatase involved in DNA repair, referred to as PPM1D, and a cell line that harbors both mutations (K27M/PPM1D mutant cell line).

Project Goal
This project will compare the effects of potential small molecule inhibitors on the mutant cell lines in comparison to wild-type astrocytes. This will be assessed via clonogenic survival assays and anti-proliferation assays using various compounds over a range of concentrations.

Co-funded by:
Love Your Melon