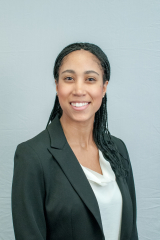 Background
Nasopharyngeal carcinomas (NPC) are epithelial in origin and although pediatric cases are less common than adult cases in the US, the incidence of NPC is higher among African American children and adolescents. Additionally, childhood patients present with an increased risk of incurring treatment-related complications and triggering secondary cancer formations arising from their high dose chemotherapy and radiation therapy, which are otherwise effective in adult populations. With difficulties in diagnoses (cases are often asymptomatic until the advanced stage) and treatment, the need for novel therapies is clear. This project aims to address the need to develop a therapy that has the potential to achieve complete tumor eradication without incurring the undue challenges associated with conventional therapies. There has been some success seen in using the tumor's biology against it: NPC is associated with the Epstein Barr virus (EBV) and antigens from this virus can be seen on the surface of these cancer cells, providing a means of specifically targeting these tumors. There have been previous attempts to use the body's own immune system (specifically a group of cells called cytotoxic T cells or CTLs) targeting EBV against NPC, but so far these have been met with limited success with few complete responses seen in several trials. Several factors contribute to this limited efficacy: although EBV is seen in NPC, there are only a limited number of antigens that are expressed and the tumors themselves maintain a toxic environment that limits the effects of the immune response. We believe that incorporating an additional form of tumor-targeting toxicity, specifically targeted ablation (by heat), will enhance the anti-tumor capabilities of this therapeutic and plan to incorporate nanoparticles capable of mediating targeted heat ablation into our therapeutic design.

Project Goal
We propose to generate a novel biohybrid composed of EBV-specific cytotoxic T cells and nanoparticles. Nanoparticles affixed to the surface of the T cell will traffic to the site of the disease and, following laser-based ablative heating, they will work in concert with T cell-mediated cytotoxicity to eliminate NPC. We hypothesize that through generating this biohybrid, we will demonstrate that the EBV-targeting cytotoxicity of the T cells and the nanoparticle-mediated ablation will combine to allow for maximal tumor eradication with minimal side effects. It is our ultimate goal to establish this biohybrid therapy in the preclinical settings to allow for subsequent testing in clinical trials, in order to improve the treatment of challenging childhood cancers such as NPC.

Co-funded by:
Love Your Melon