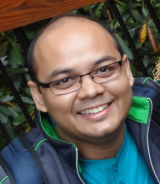 Medulloblastomas, the most common solid malignant pediatric tumor, arise in the developing cerebellum, a part of the brain controlling posture and coordination which develops during childhood. These tumors are currently treated with surgery, cranio-spinal radiation, and chemotherapy. Survivors suffer devastating life-long side effects due to the damage these treatments do to the still-developing brain, and metastasis and recurrence are lethal.

Our goal is to understand how molecules that regulate normal brain development can be hijacked by tumor cells, causing them to rapidly divide and enabling them to survive radiation and cause tumor recurrence. One such molecule is called Sonic hedgehog (Shh). Shh is required for cell division of immature neurons in the developing cerebellum, and it is also involved in certain classes of medulloblastomas. Shh turns on a molecule called Y-box protein 1 (YB-1) in immature cerebellar neurons and mouse medulloblastomas. YB1 is a cancer-associated protein, and our preliminary results show that high levels of YB1 expression in children with medulloblastoma predicts poor survival. In mice with medulloblastoma, we have found that YB1 is involved in causing activity of proteins that make medulloblastoma cells resist radiation, thereby contributing to recurrence. Our studies will investigate how Shh turns on YB1, how YB1 regulates radiation resistance genes, and how YB1 promotes cell survival after irradiation by its effects on damaged DNA inside tumor cells. These studies will lead to insights as to how to reduce the levels of radiation used to treat children with medulloblastoma, by altering activity of YB1.