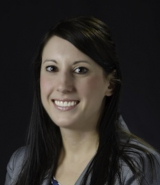 I am studying a type of pediatric cancer called neuroblastoma, which is a cancer of nerves that develop outside of the brain. Commonly, it presents as a tumor mass in the abdomen. Although the five-year survival rate for children in the low- and intermediate-risk groups ranges over 95%, children with high-risk disease have only a 40% likelihood of survival. Furthermore, high-dose chemotherapy increases the risk of infertility, severe hearing loss, cardiac toxicity, and/or secondary cancers. Therefore, we urgently need to identify new therapies for children with high-risk disease. In each child's tumor, we detect very few mutations within the portion of genes that codes for functional proteins (exons). This means that the remaining mutations responsible for neuroblastoma likely reside within the non-coding region of the tumor's DNA, either within genes (introns) or between genes. We now know that these non-coding regions play important roles in gene regulation, as they help turn genes on or off. We can gauge this regulation based on genome-wide signatures of proteins that package the DNA in our cells (histones). Therefore, mutations within these regions can cause gene dysfunction, which can lead to cancer.

My project focuses on using sequencing to find mutations within non-coding regions of the neuroblastoma tumor genome that disrupt the normal cell state and test their biological function and clinical relevance. We hope to identify novel genomic regions that are susceptible to therapeutic intervention and can be tested preclinically.

Over the past year, we have identified potential novel proteins that bind to the LMO1 oncogene in order to cause neuroblastoma, and this year, we will be further investigating those. In addition, we are actively working to edit the genome of neuroblastoma cell lines in order to learn more about the targets of LMO1. Finally, we will be integrating data from nearly 500 new neuroblastoma tumors to identify novel genes or variants associated with the disease.