Notify Me for the Next Event

Alex's Table: Jackson Hole is back for summer 2021. Enjoy an intimate sit-down dinner at one of three locations, presented by Chef/Restaurateur Gavin Fine. Each location will feature the finest cooking from one of the three featured, renowned chefs. Complete with hors d’oeuvres, a wine pairing from Gramercy Cellars for each course, and dessert to end the evening, there’s no better way to experience a meal fresh from the heart of Jackson Hole. Two dinners will be hosted at local supporters' private homes and one will be hosted at Chef Gavin Fine's restaurant in a private dining room. Space is limited, so secure your seat at one of three dinner tables to support Alex’s Lemonade Stand Foundation and the fight against childhood cancer.

Now more than ever, children with cancer need your support. We are excited to gather once again, in-person, safely. Chef Gavin Fine from Jackson Hole has put together an incredible chef lineup with Alex Seidel from Denver, Matt Molina from Los Angeles, alongside acclaimed sushi chef Chris Massad from San Francisco. 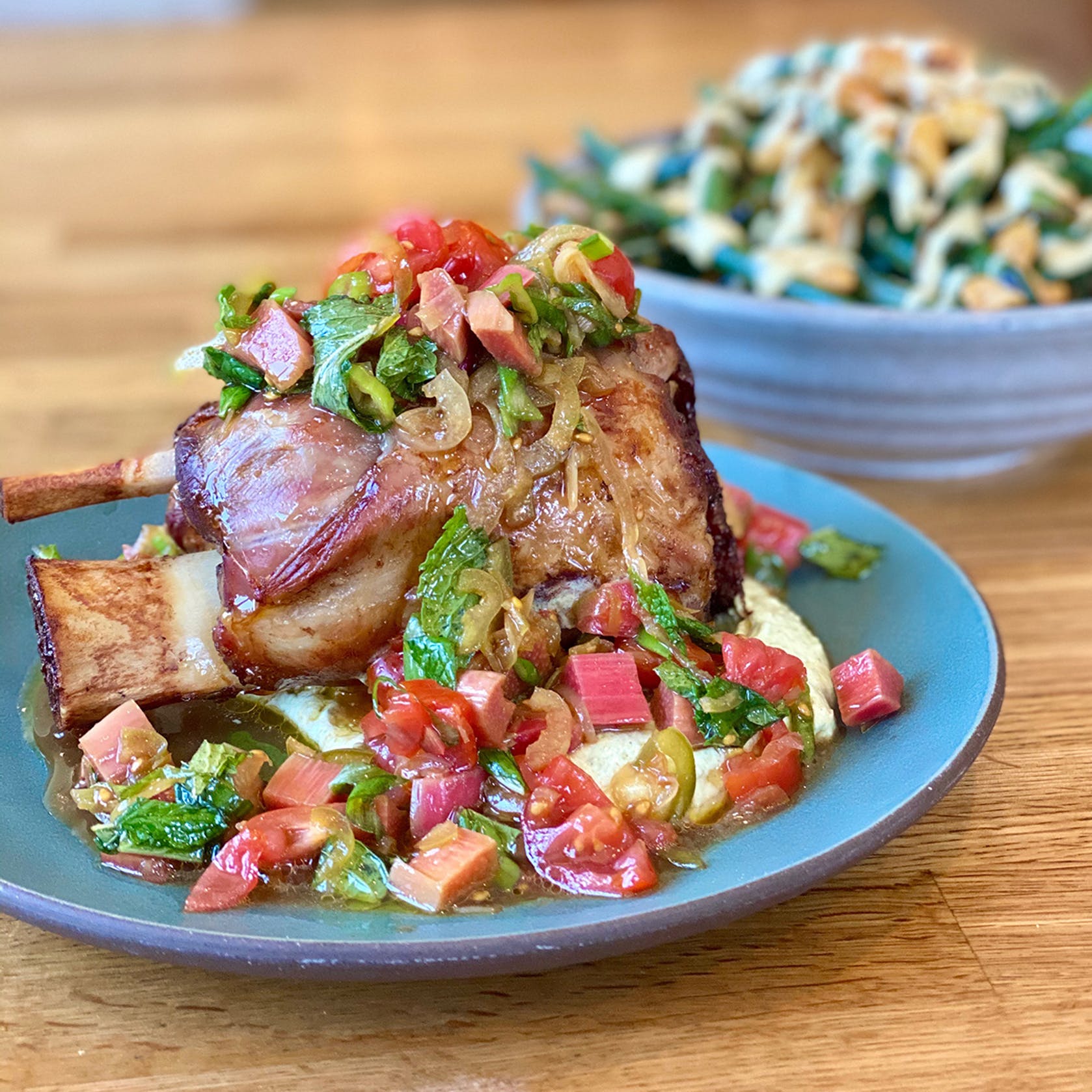 Gavin Fine developed a passion for the culinary world as a young boy growing up in Chicago. After working for Richard Melman’s restaurant group, Lettuce Entertain You, in his home town, he followed his passion to Cornell University's Hotel and Restaurant Management School and then to Jackson Hole. While his visions of becoming a ski bum never fully materialized, Fine worked nearly every job between the front- and back-of-house, where he met his soon-to-be business partner Roger Freedman, working side-by-side in one of the area’s top restaurant kitchens. Fine and Freedman forged a friendship and opened their first restaurant, Rendezvous Bistro, in 2001, when Fine was just 26-years-old. After a number of years, Fine opened his second business in 2003 (Bistro Catering). Many years later, several restaurants (Il Villaggio Osteria, The Kitchen, Bin22, Bar Enoteca, The Bistro), a specialty grocer (Bodega) and retail brands (Cream + Sugar artisan ice cream and Bovine + Swine craft meats) added to what is now Fine Dining Restaurant Group, Fine continues to be considered a premier restaurateur of the Rocky Mountain region. In addition to FDRG, Fine is also the co-owner and founder of Roadhouse Brewing Co. 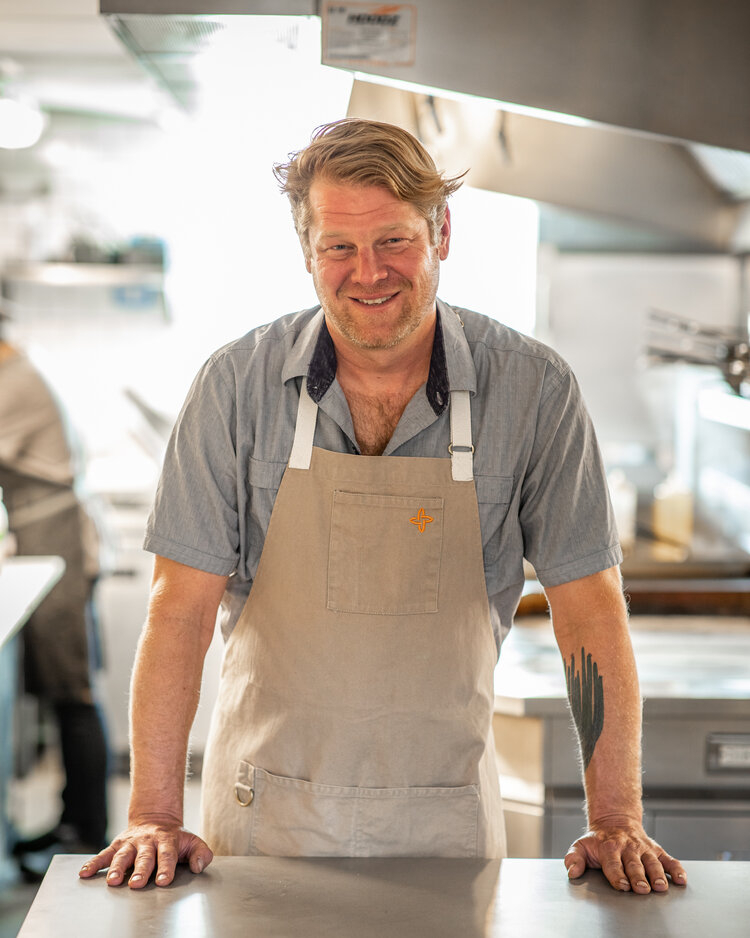 Born in 1973 in Wisconsin, Seidel began his culinary career at 14, serving as sous chef at Racine’s Main Street Bistro by age 20. He attended culinary school at Western Culinary Institute in Portland, Oregon, finishing at the top of his class.

Alex Seidel is chef-owner of Fruition Restaurant, Mercantile dining & provision, Füdmill and Chook. Alex, Fruition and Mercantile have been fortunate to find themselves featured as Chef of the Year and Best Restaurant rankings in numerous local and national magazines and guides including Denver Magazine, 5280, Bon Appetite, Gayot, and Zagat, and alumni from the restaurants have gone on to receive similar honors. Seidel himself has been the recipient of many accolades, including Food & Wine magazine’s Best New Chef in 2010, Chef of the Year titles from local media including Denver Magazine and 5280. Seidel was awarded the 2018 James Beard Foundation Best Chef: South West. In addition to his restaurants, Seidel owns Fruition Farms Creamery, Colorado’s first artisan sheep’s milk creamery, located in Larkspur, Colorado.

Seidel participates in numerous off-site events for both charitable and fine dining experiences. He very much enjoys furthering the culture of cuisine all the while staying down to earth and championing such causes as food advocacy, mindfulness when it comes to eating habits and waste. Becoming a chef and a business owner has allowed him to hone his very impressive skills while controlling the ingredients and the sourcing of his provisions. 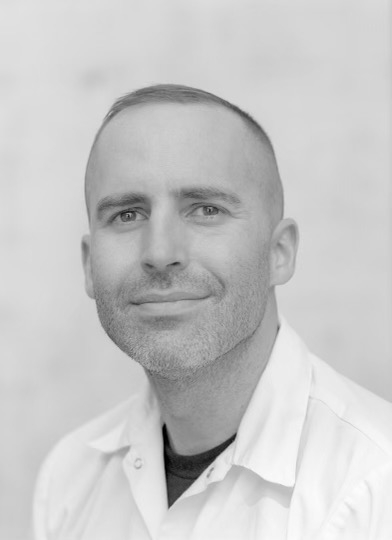 Chris Massad is the sushi chef at Jackson Hole’s new sushi restaurant, Kampai. He also serves as the head chef of Akiko's Restaurant and Sushi Bar. He was born in Colorado; however, he grew up all over the world — from Texas to the Middle East and finally to Tokyo. He spent middle and high school in Tokyo, and upon returning, he wanted to remain connected to Japan in a creative way. Cooking gave him the ability to do so.

Chris originally focused on sushi and still holds it as his specialty. However, training in Japan made him realize how much more there was.  As a chef, he’s worked to connect with American diners to see what they enjoy. He also has been studying sake and visiting breweries for many years, which has led to an interest in wine.

He worked at Nobu in Colorado, then relocated to San Francisco to work as head chef at Akikos, and finally moved onto training at a kaiseki restaurant in Kyoto and making sushi in Tokyo.

During the COVID-19 pandemic, Chef Massad relocated to Jackson Hole to open Kampai after traveling in Japan to fish farms and markets to learn more about the systems. Kampai will feature a modern take on traditional Japanese cuisine and featuring local products when possible. 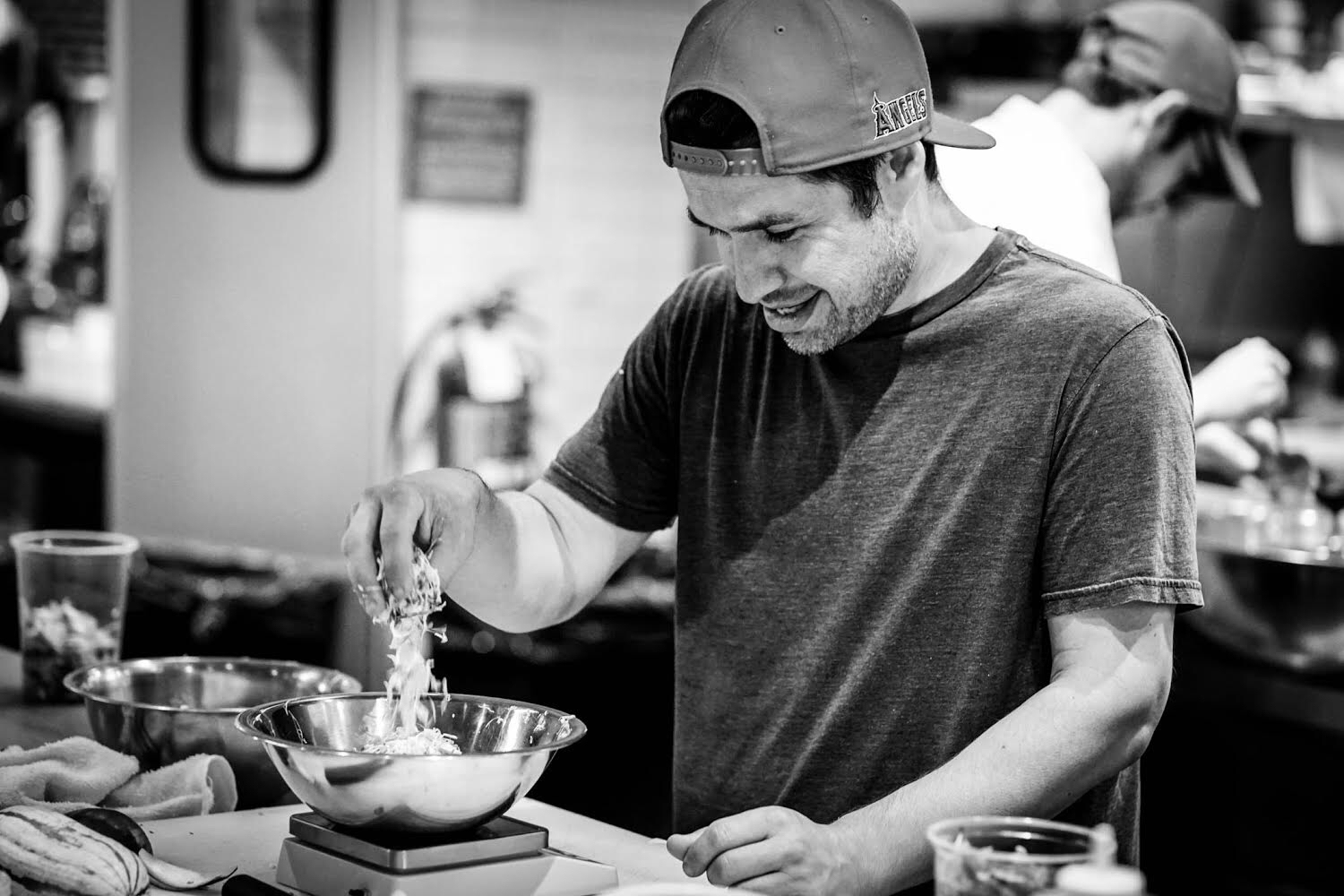 Matt Molina is chef/co-owner of Hippo Restaurant & Triple Beam Pizza in Highland Park, California. In 2010, he won the James Beard Best Chef: Pacific as the Chef of Osteria Mozza in Los Angeles.

After graduating culinary school, Matt apprenticed in a few kitchens in Los Angeles before landing a job to cook at legendary Campanile in Los Angeles in 1999 where he met Nancy Silverton. In 2006, he was hired as executive chef by Nancy Silverton to open Pizzeria Mozza, Osteria Mozza, Osteria Mozza Singapore, Pizzeria Mozza Singapore, Pizzeria Mozza Newport Beach, Mozza2Go & Chi Spacca. In 2018, the same team of ERB, along with Nancy Silverton, opened the critically acclaimed Roman Style pizzeria Triple Beam Pizza in Highland Park. In the summer of 2018, Molina & team followed up with neighborhood hit, Hippo Restaurant, just a few feet away from Triple Beam Pizza.

About Greg Harrington and Gramercy Cellars 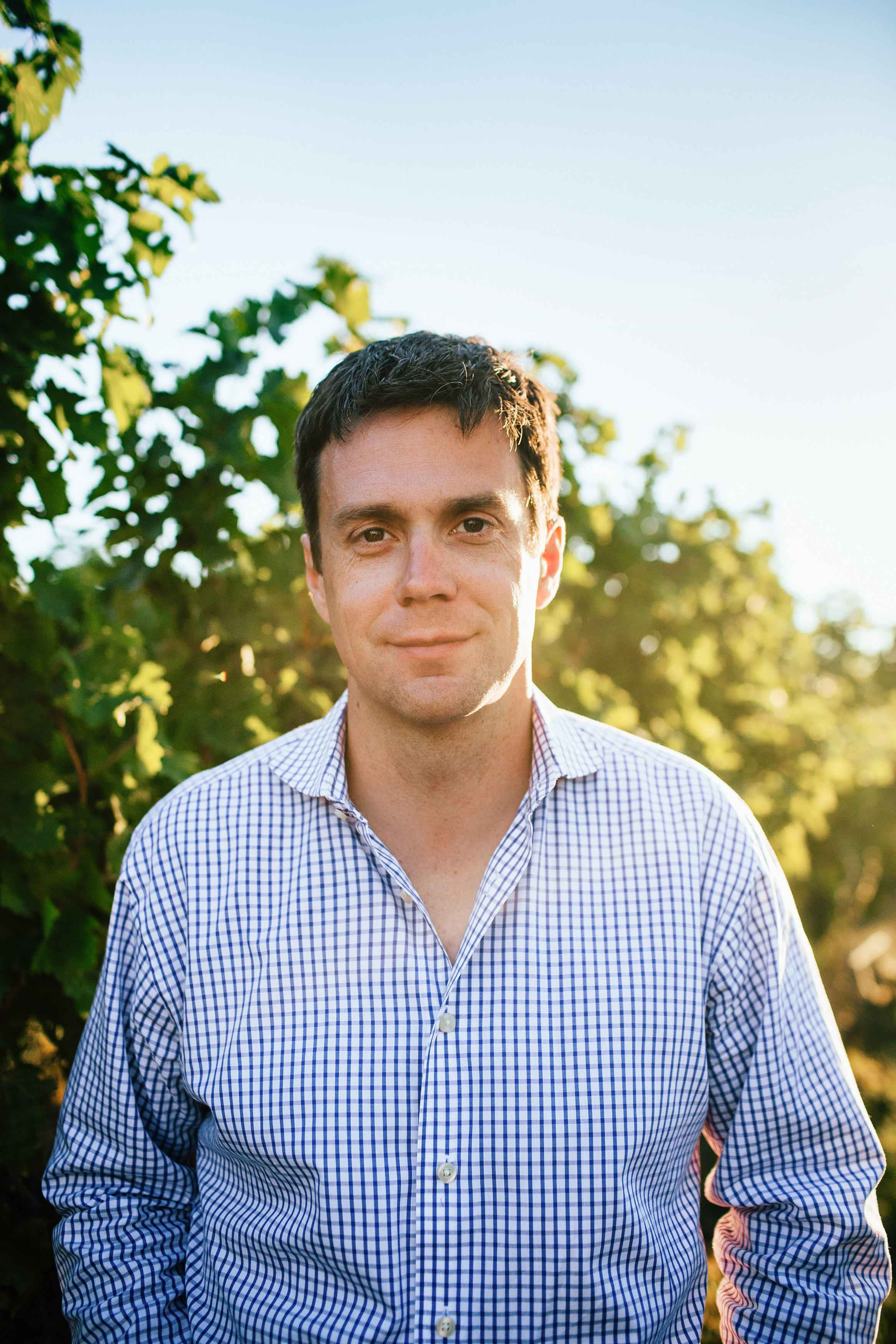 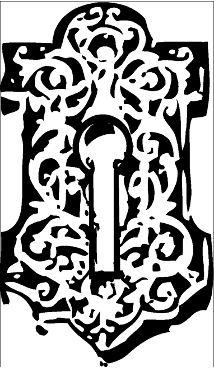 Gramercy Cellars is an 8,000-case winery founded in 2005 by Greg Harrington and his wife, Pam, to make Rhône and Bordeaux based wines in Washington State. We believe that great wines share common traits: great vineyards, small production, minimalist winemaking, time, and patience. Gramercy’s philosophy is simple: to develop or partner with the best vineyards, harvest ripe, not overripe, grapes, intervene minimally in the winemaking process, and use as little new oak as possible. The resultant wines display balance, intense fruit notes, strong earthiness, restraint, and elegance. Our wines often require time to develop, but reward that with patience. We seek to produce wines that complement food, provide great pleasure, and stand out as uniquely made in Washington. The winery is frequently awarded 95+ points from wine critics around the world.

We would love for you to join us in the future!

Sign up below to be notified for the next event: