Our founder Alexandra “Alex” Scott gave us our mission:
to find cures for all children battling cancer. 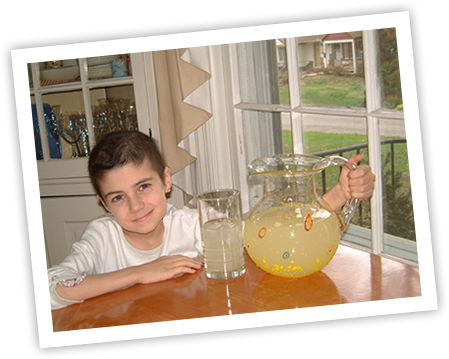 When she was just four-years-old, Alex held her first childhood cancer fundraiser in her front yard and raised over $2,000. By the time of her death in 2004, Alex raised $1 million and inspired a legacy of hope and cures for childhood cancer.

Alexandra “Alex” Scott was born to Liz and Jay Scott in Manchester, Connecticut on January 18, 1996, the second of four children. Shortly before her first birthday, Alex was diagnosed with neuroblastoma, a type of childhood cancer.

On her first birthday, the doctors informed Alex’s parents that if she beat her cancer it was doubtful that she would ever walk again. Just two weeks later, Alex slightly moved her leg at her parents’ request to kick. This was the first indication of who she would turn out to be — a determined, courageous, confident and inspiring child with big dreams and big accomplishments.

By her second birthday, Alex was crawling and able to stand up with leg braces. She worked hard to gain strength and to learn how to walk. She appeared to be beating the odds, until the shattering discovery within the next year that her tumors had started growing again. In 2000, the day after her fourth birthday, Alex received a stem cell transplant. She told her mother, “When I get out of the hospital I want to have a lemonade stand.” She wanted to give the money to doctors to allow them to “help other kids, like they helped me.” True to her word, she held her first lemonade stand later that year with the help of her older brother and raised an amazing $2,000 for “her hospital.” 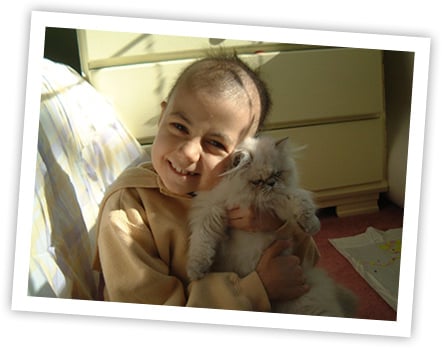 While bravely battling her own cancer, Alex and her family continued to hold yearly lemonade stands in their front yard to benefit childhood cancer research. News spread of the remarkable sick child dedicated to helping other sick children. People from all over the world, moved by her story, held their own lemonade stands and donated the proceeds to Alex and her cause.

In August of 2004, Alex passed away at the age of eight, knowing that, with the help of others, she had raised more than $1 million to help find a cure for the disease that took her life. Alex’s family — including brothers Patrick, Eddie and Joey — and supporters around the world are committed to continuing her inspiring legacy through Alex’s Lemonade Stand Foundation.

Alex believed that every child with cancer deserves to have treatments and a cure. You can help make that vision a reality by donating today.