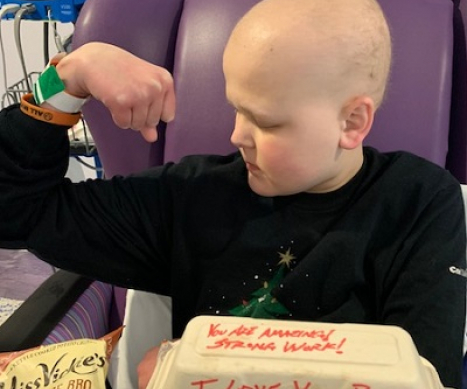 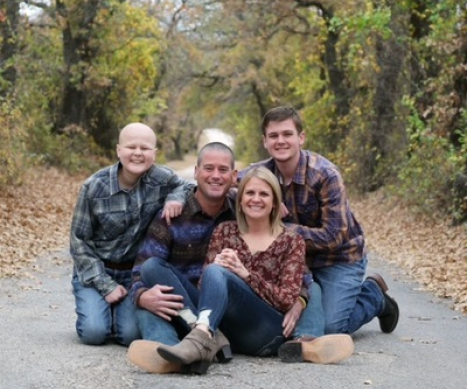 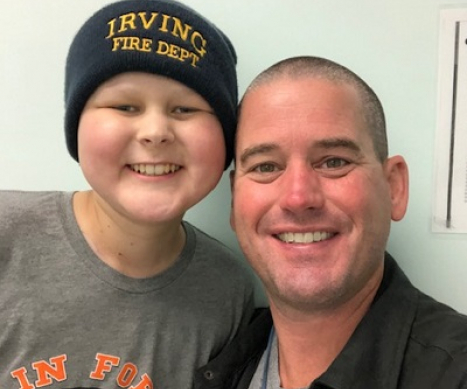 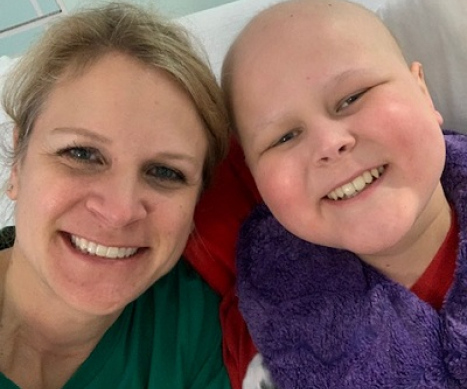 Aiden is a very outgoing and gregarious person with a big personality. He is compassionate and kind with a great love for people. He’s the type of kid who’d give the shirt off his back, as he’s always going out of his way to make sure others are taken care of.

At 14 years old, Aiden had been running an 11-day fever. He tested negative for strep throat and the flu, and since it was early in 2020, his parents assumed it must be COVID-19. As his fever persisted, they called Aiden’s pediatrician for help. When his lab results came back, the pediatrician told them to pack a bag and head to the hospital immediately.

At Cook Children’s Hospital in Texas, doctors wondered if it was a virus that was throwing Aiden’s blood cell count out of whack. It wasn't until later that week, when the hematologist-oncologist ordered a bone marrow sample, that they discovered it was leukemia. The very next day, Aiden had a port placed and began chemotherapy.

Today, Aiden goes to clinic every Tuesday for an extensive treatment process that will last two-and-a-half years and includes inpatient and outpatient visits as well as physical therapy. He is on a litany of drugs and must deal with side effects, the most severe of which has been peripheral neuropathy.

Because COVID-19 regulations were changing so rapidly, the hospital only allowed one parent to be with Aiden at a time when he arrived. At first, Aiden’s parents, Chuck and Lori, alternated staying the night with him, but since Lori is a nurse anesthetist at Cook Children’s, there was no question who would stay when Aiden’s treatment intensified. However, that didn’t stop Chuck from dancing outside Aiden’s window in the hospital parking lot to cheer him up. Every week, he drops Aiden off at the front doors then calls Aiden for his dance request and gets moving. The two have even made up their own dance together.

Aiden is his family’s hero because he is a warrior. His tough, never-failing attitude keeps everyone smiling. He’s persistent, doesn’t complain much and understands how to work through his pain to reach his goal of getting better. And who doesn't respect and want a warrior for a hero?

Chuck wants those who may have also had a recent childhood cancer diagnosis to know that he and his family understand. “There is no right or wrong way to go through this,” he said. “We know what kind of grind it is and you have to be kind. A sense of humor is a must but it can be really hard and COVID-19 doesn't make it any easier! We know there are a lot of people that have it a lot worse than we do, and we do not know why leukemia chose us… we also do not know why people want to watch a guy dance around in fire pants! But we have this platform and we just hope we can help others and maybe, somehow bring some form of comfort to them.”

True to his father’s words, Aiden and his family believe in helping others. Paying it forward and helping when they can is something that they have always tried to do, and has turned into a coping mechanism for them. Alex's Lemonade Stand Foundation is an example of this to them, paying it forward and helping out in a big way. “Someone who started off with a small idea and just wanted to help people,” said Chuck. “It doesn't get any better than that!”

Donate in Honor of Aiden Today!