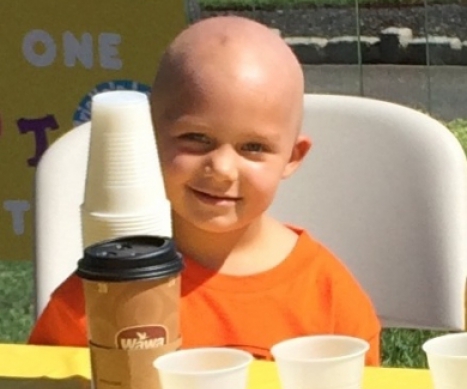 Get the facts about Glioma and how our research projects are making a difference.

Brielle was 4 years old and full of spunk, bravery, kindness and love. She took on every challenge that came her way with fierceness and bravery. She was so sweet and made everyone around her just want to be better. She liked princesses and butterflies and Strawberry Shortcake.

Brielle was originally diagnosed with a malignant glioma on her spine in February of 2013, at the age of 2 ½ . Brielle was a healthy, typical 2 year old who began complaining of a sore back. After a misdiagnosis of constipation, her strong-willed Mom fought for an MRI which showed a tumor on her spine. It was completely removed during surgery the next morning. Brielle then began a 28-day cycle of proton radiation and three types of chemotherapy over the course of a year. Five months after treatment, her cancer returned in her brain. Although Brielle's spinal scans were clear, she began complaining of headaches and blurred/double vision, which led her parents to once again seek further answers. After meeting with a neuro-ophthalmologist, she was immediately sent to the Children’s Hospital of Philadelphia for a CAT scan/MRI which revealed four tumors. One tumor was removed when the surgeon was able to use ETV in order to release the pressure by draining the fluid buildup. The other tumors were being targeted by full brain radiation along with focal radiation to the larger tumor along with chemotherapy.

Kelly, Brielle’s mom, says, “Brielle is my hero and my whole heart. She handles each step of her treatment with such positivity, braveness and perseverance and has faced more hardships than any one adult may face in their lifetime.”

Brielle’s parents have been active in raising money for pediatric brain cancer research through the “Lemon Shot Challenge,” which challenges people to drink straight lemon juice in order to promote awareness of childhood cancer and raise money for research to find cures for children like Brielle. 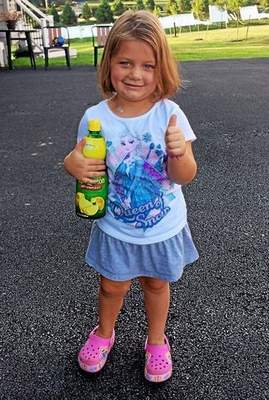 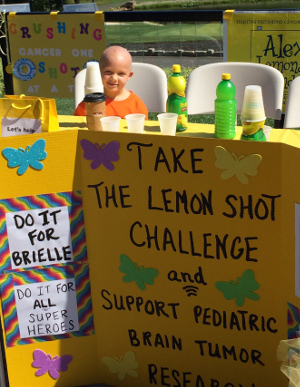 Donate in Honor of Brielle Today!