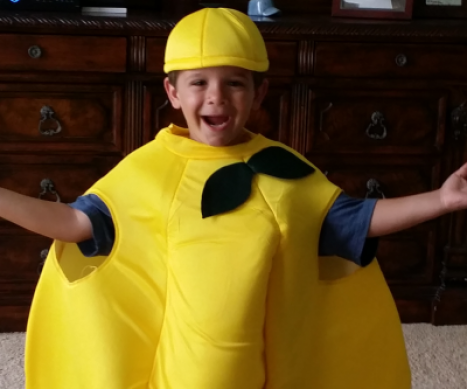 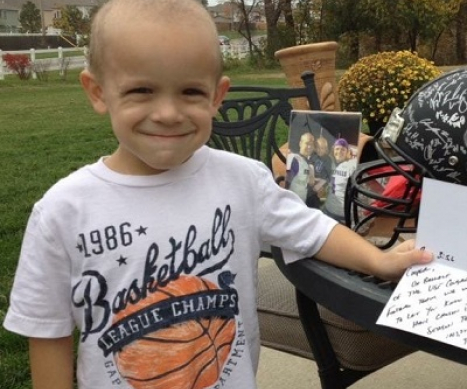 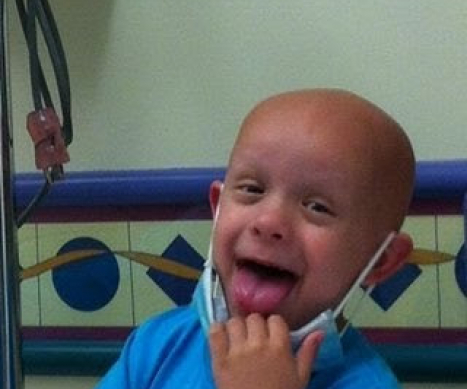 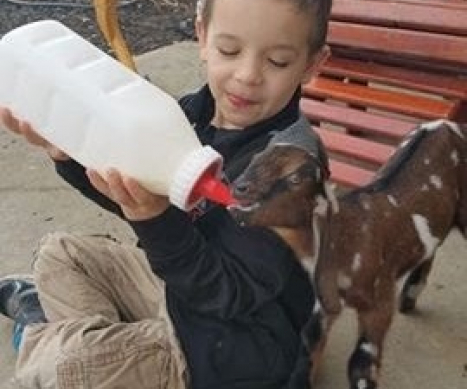 Cooper is a joyous 10 year old who loves to joke around. He has four siblings and lives in Missouri with his parents, where they love to go camping, BBQ and watch the Kansas City Chiefs and Kansas City Royals. Cooper faced something pretty terrifying at a young age, when he was diagnosed with stage IV Wilms tumor, a type of kidney cancer, in August 2012 at just 4 years old.

The rugby ball-sized tumor in his left kidney quickly moved to his lungs and was spreading fast. He underwent surgery to remove the tumor before going through 37 weeks of chemotherapy and 20 days of radiation. Cooper felt like his hospital stay lasted forever, but today, he is officially cancer-free! He’s so excited to have beaten this disease with the help of his family and he’s committed to giving back for other kids still fighting.

Between playing baseball games and hanging with friends, Cooper has spoken to plenty of crowds about his story and the importance of funding childhood cancer research. His family helps with the lemonade stand at their local Hy-Vee as part of Midwest Lemonade Days and they have raised more than $100,000 over the past five years. Cooper doesn’t want to stop there though, he dreams of one day raising over $1 million for childhood cancer, just like Alex did.

His family also purchased a small farm, Graytful Acres, to help raise awareness for pediatric cancer and give families a place to take a well-deserved break from the difficulties of treatment.

Hero quote: “lt is my plan to help kids who are sick like I was get better medicine and feel better. I don’t want any more kids to suffer.” – Cooper Gray

Donate in Honor of Cooper Today!