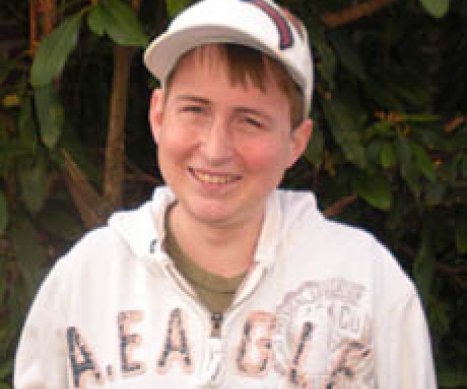 Danny was a perfectly healthy 9-year-old who enjoyed Little League baseball and was living life to the fullest.  He had no apparent physical problems until he came home one day from a ball game and had pain so bad he couldn’t get up. His doctor advised us to take him to Children’s Hospital of Philadelphia (CHOP) for an MRI.  On that day, normal life as we knew it came to a halt.

While we waited for results of his scan, the hands on the waiting room clock seemed to crawl. We were surrounded by very concerned faces. The doctors finally appeared and informed us that Danny had a very large tumor within his spine. It was gravely serious and he needed surgery to remove the tumor. Danny’s surgeon was able to remove 95% of the tumor, but he had to spend many months learning how to walk again.

But, the worst was not over. The pathology report of the tumor indicated that he had an astrocytoma spinal cord tumor. Danny had cancer. Danny has nicknamed his cancer “the beast”. After his first fight enduring both chemo and full cranial and spinal radiation, “the beast” returned two more times within ten years. The second time, it appeared in his head as a small but dangerous brain tumor. Despite losing most of his sight and balance along this journey, he smiled every day.

In March 2012 it was discovered that the beast has returned for the 3rd time. Danny was now 20 years old. He restarted treatment and was so strong and courageous, never losing his sense of humor and never forgetting to laugh. But after fighting for almost 13 years, the beast got the best of him.  Danny passed away peacefully on February 20, 2014, surrounded by family.

Danny has taught us what is really important in life. With his positive attitude he enjoyed helping others. He worked a couple days a week at his elementary school and loved to speak out on behalf of Alex’s Lemonade. He met Alex Scott while being treated at CHOP and at a very young age was inspired by her willingness to help other children like themselves. He has said his purpose was to spread awareness for cancer research so that all kids can just be kids, cancer FREE. He wanted nothing more than for Alex’s dream to come true.

He is our hero and we will never forget him.

Donate in Honor of Danny Today!