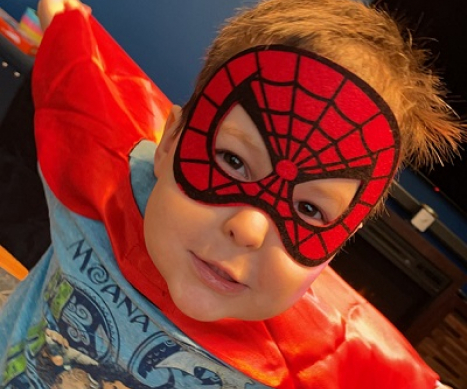 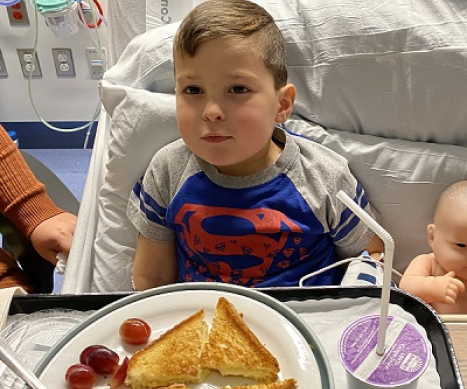 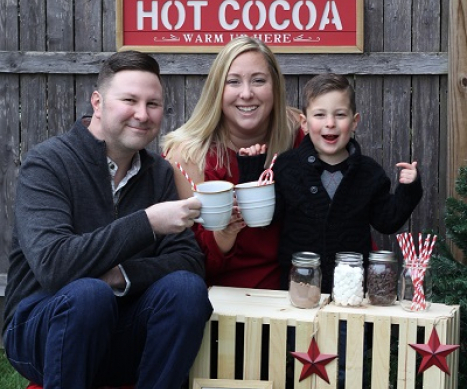 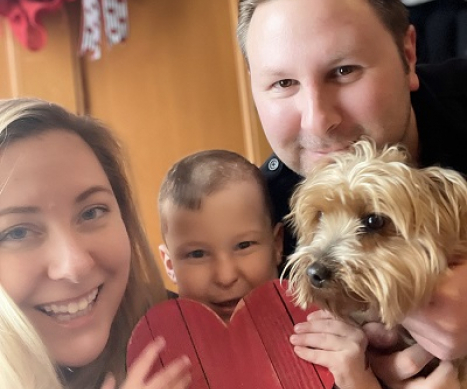 Get the facts about Non-Hodgkin Lymphoma and how our research projects are making a difference.

He may only be 3, but Dean is as charismatic as they come. He’s a ball of energy who loves riding his scooter and swimming at the beach. When he’s not thinking about dinosaurs or watching Paw Patrol, Dean spends time with his awesome friends and cool cousin.

Just before Thanksgiving of 2020, Dean returned from daycare in a concerning state. He was exhausted, coughing, and overall, unwell. After the nebulizer failed to resolve the issue and a coughing fit ensued, it became apparent that Dean couldn’t breathe. A 9-1-1 call led him to the emergency room with only one parent allowed to accompany him. Steroids offered little to no help, but pretty soon, an X-ray revealed the problem: an enormous mediastinal mass was blocking the airway in his chest.

Dean was sent to Children’s Hospital of Philadelphia for a clearer diagnosis, and this time, both his parents were allowed to join him. Bloodwork uncovered the culprit was a type of T-cell lymphoblastic cancer, but it wasn’t until later that they learned it was lymphoma. Dean needed to begin immediate treatment. For the next two years, intense chemotherapy and strong steroids will help him gain control over the mass.

Dean will finish frontline treatment by this summer, and although the future feels uncertain, his parents are hopeful that soon he may return to school and reunite with the family and friends he misses so much. Beyond that, they want to see their strong little boy put this battle behind him and focus on whatever makes him happy.

Dean is his parents’ hero because nothing can break his spirit. He’s shown them unimaginable strength through grueling treatments and never fails to bring laughter into the room. Although the first weeks after diagnosis were the toughest, Dean’s mom, Jessica, wants others to know that it will get better. “The most amazing thing happens when you see the love and support for your child and family that comes from all over,” she says. “It reminds you in the darkest times that there is still good in the world.”

To Dean’s family, Alex’s Lemonade Stand Foundation (ALSF) serves as a source of hope to parents and families who need it most. They often support ALSF through fundraisers at his preschool – The Malvern School – to help fund research for a cure, so no more children will have to bear the weight of a cancer diagnosis.

Donate in Honor of Dean Today!