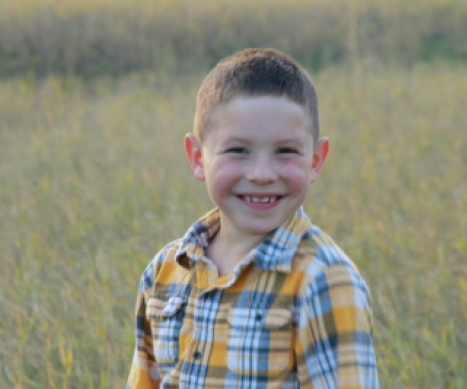 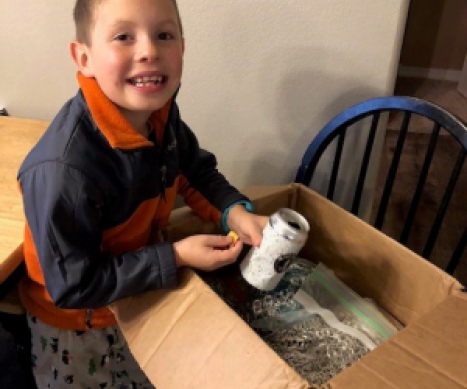 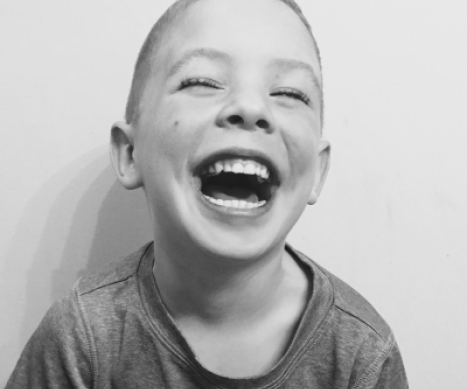 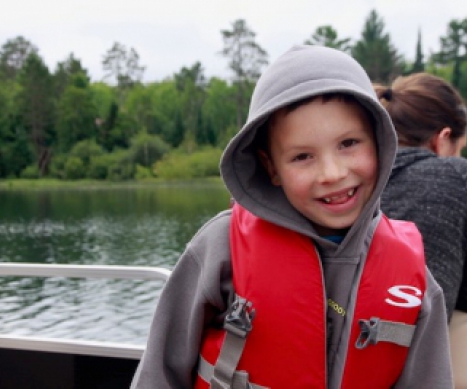 Grayson has always been an active, joyful kid, even when he was a baby. He is gentle, loving, silly and compassionate. Grayson also has a superpower: he can lay still for 45 minutes at a time during MRIs. He has done all 30 rounds of radiation and all CT scans without sedation, starting at the age of 4 through when he turned 8 in 2018.

Everything started when, for several weeks, Grayson had some low energy levels and dizziness that caused him to throw up. Grayson never had any major headaches or woke up at night screaming from migraines like the pediatric doctor thought he would if he had a brain tumor.

After three doctor appointments, his parents finally took him to the ER in another city 45 minutes from their hometown. They did a complete blood panel and everything came back normal. Then, they tried a CT scan at 1 am. By 3 am, the doctors told them Grayson would be air lifted to the University of Minnesota Children’s Hospital in Minneapolis.

Upon arrival, Grayson underwent surgery right away. They discovered four times the typical amount of cerebrospinal fluid in his brain. They were not able to remove the mass blocking the natural drain, so they put in an external temporary drain. Two days later, Grayson’s biopsy revealed an inoperable, cancerous brain tumor called astrocytoma.

Grayson went through 30 rounds of radiation alongside oral chemotherapy. The chemotherapy continued for 15 months, but he also started a daily targeting drug called Mekinist that went on for three years. Grayson is currently off his treatment drugs as of December 2017, but because of the tumor’s location in the center of his brain, it can’t be surgically removed. Every three months, his doctor checks on the tumor to make sure it hasn’t grown back.

His parents’ hope is that Grayson will continue to do remarkably well and be able to spread his love and joy to countless other people and families going through this fight.

He is certainly a hero to his parents. He taught them that sometimes joy overtakes you, but sometimes you have to overtake a hardship to find joy. Amazingly, he has surpassed his doctor’s expectations by four years. Plus, he continues to do it all with bravery and a courageous heart.

Their advice to other families is to never give up hope! Find joy in the moments. Make sure to take thousands of photos or even write a book. Grayson inspired his mom, Chelsey, to write a children’s book called You Are Brave, which is for kids at any stage of a medical journey.

To them, Alex’s Lemonade Stand Foundation (ALSF) means support. The Foundation helped Grayson's friend, Kamryn of Deadwood, SD. Their family also hopes to participate in the 2019 Cancer Can Kiss My Tutu run in Rapid City, SD that is organized by Northwestern Mutual and supports ALSF.

Hero Quotes: "Find joy in the moments. You are brave, even when you feel afraid. Rise above your fear, and soar on the wings of hope"- Grayson

Donate in Honor of Grayson Today!