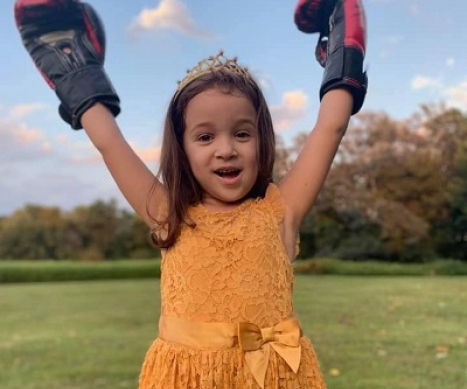 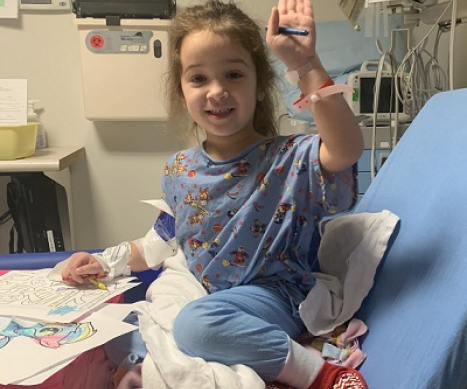 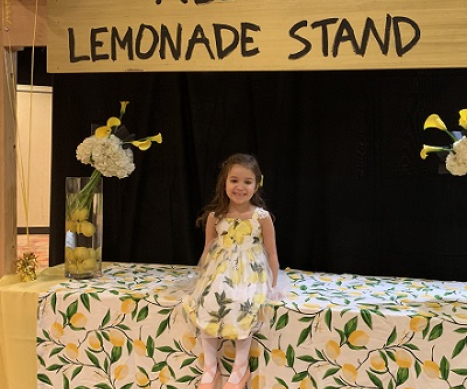 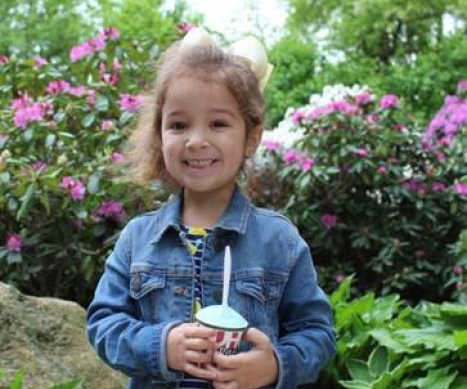 Lilly is a 5-year-old firecracker. She is bubbly and loves to dance, learn new things, play at the park and do arts and crafts. Lilly dislikes bugs and needle pokes. As an infant, Lilly was always sick, and was often misdiagnosed with a virus or asthma. One day her mother, Nicole, had a gut feeling that told her something wasn’t right. She rushed Lilly to the local ER when she was having difficulty breathing. The X-ray showed a large mass occupying 3/4 of her chest, and so she was sent to Children's Hospital of Philadelphia (CHOP) where she was diagnosed with neuroblastoma at a year and a half.

Unsuccessful removal surgery was attempted, and Lilly was so weak that she fell into a medically-induced coma for two weeks. When she woke, she had lost half her body weight, and had to learn to walk and eat again with physical and occupational therapies. A port had been placed but the tumor was dangerously close to her lungs and wrapped around vital parts. Emergency chemo started and continued throughout that summer. Lilly lost her hair, but never her smile.

Thankfully, chemo successfully shrunk the tumor about 50% and Lilly had a chance to recover for a few months. Lilly’s scans were stable during that time, but a growth was detected and Lilly suffered a relapse where surgery was required. Lilly’s lungs collapsed during that procedure and unfortunately all of the tumor could not be reached because it would have been a spinal surgery. Again, Lilly enjoyed some time off from the hospital.

Then, Lilly’s doctors were concerned with an abnormality in her scans. Lilly soon needed two resection surgeries for angio sarcoma. To date, Lilly has endured countless pokes, monthly anesthesia, injections, transfusions, chemo and severe anxiety. But despite all she's endured, she remained strong, and today, she is in remission.

Lilly’s mother, Nicole, hopes that Lilly will have a happy, healthy life with no side effects of her genetic mutation syndrome to haunt her as an adult, and that, years from now, she can tell Lilly how brave she was while celebrating survivorship. Lilly is a tiny little girl who overcame and went through more trauma than most adults. She is a superhero, having always fought cancer with a smile. That strength is what got Lilly’s family through some of their toughest days.

Nicole wants others who may have recently received a cancer diagnosis to know it's very tough and the worst thing is you feel helpless, but your child needs you to be strong and they will be stronger. Smile! "Watching a child fight cancer will change your life forever," Nicole said. "While we went through hell and back, we met some amazing doctors and people who genuinely care, like Alex's Lemonade Stand Foundation. Your priorities will change and things you took for granted accidentally before will seem like big deals. Celebrate every milestone! Big and small!"

The Ibbotson family has been honored to represent ALSF at some special events for partners such as Applebee’s, Power, Rita’s, AC Moore, Fireside, Stride Rite and Jersey Mike’s. Lilly loves speaking and raising awareness for childhood cancer. She truly understands the impact she’s making at such a young age.

Quote from the family: “I'm stronger than my cancer!”

Donate in Honor of Lilly Today!