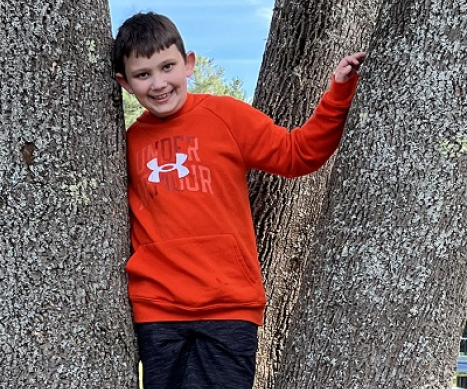 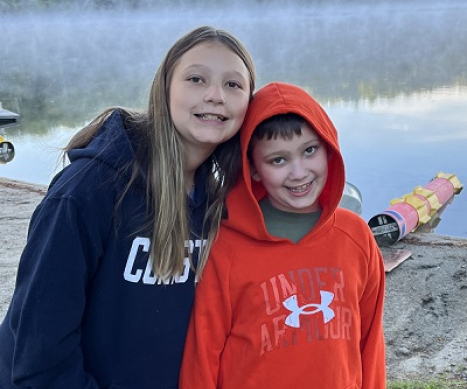 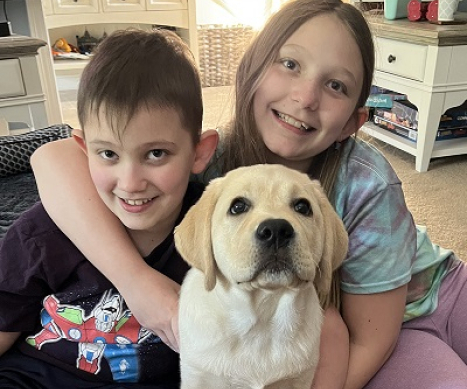 Lincoln is a silly and insightful kid who loves LEGOs, superheroes and playing with his puppy. Going to school and being around family are some of his favorite things. Funny enough, he hates ice cream, which happens to be his mom and sister’s favorite treat! Despite their different tastes, they’ve always been by his side, especially on his bumpy road with cancer.

In 2017, Lincoln started throwing up. It escalated to happening multiple times a day, and then the headaches began. Lincoln’s PCP finally referred him to a pediatric neurologist, who ordered an urgent MRI. Then a frantic radiologist ushered them into the ER to show them the large brain tumor blocking the fluid in Lincoln’s brain. Lincoln and his family’s lives were forever changed.

At 3 years old, Lincoln underwent emergency surgery to relieve the pressure on his brain and then to remove the tumor. Unfortunately, it wasn’t enough to keep the rare cancer from returning. Lincoln was diagnosed with anaplastic ependymoma, and relapsed in 2018 and 2021. He has had three rounds of proton radiation and two years-worth of chemotherapy treatments.

Since previous treatments did not completely eradicate the cancer, Lincoln was referred by his oncologist at Dartmouth, along with a second opinion oncologist at Boston’s Dana-Farber Cancer Institute, to a trial medication out of Children’s Hospital of Georgia in Augusta. Lincoln’s family was happy to try anything to help cure his disease while also furthering treatments for other children. However, deciding to enter into the study meant is family was committing to travel from their home in New Hampshire all the way to Georgia once a month for a year. The reality of travel expenses on top of being out of work for that time bore heavy on Lincoln’s family. But with help from Alex’s Lemonade Stand Foundation (ALSF) and its Travel For Care program, Lincoln and his family no longer needed to worry about the financial burden.

“ALSF came in and helped our family in ways I cannot express,” said Diane, Lincoln’s mom.

And as it turned out, the clinical trial Lincoln was traveling to was also run by ALSF-funded researcher, Dr. Ted Johnson. The long-term trial uses immunotherapy. Although the trips to Georgia weren’t easy, Lincoln always remained positive and enjoyed seeing the nurses and medical staff during his frequent appointments.

Each relapse is scary to Lincoln and his family, and the odds of the cancer returning go up each time he has a resection. But today Lincoln is doing amazing. “He is still fatigued every day but was able to return to school this year,” said Diane. “He ended up being remote all last year along with his sister due to his health concerns. It is amazing to see him get to be with kids his age again!”

Lincoln’s sister, Hadley, has also been helped by ALSF. She is enrolled in the SuperSibs program and loves getting unexpected surprises and crafts in the mail. As a sibling of a child with cancer, Hadley and many others learn that sometimes they miss out on things or have to grow up earlier than they should. Hadley is an amazing big sister who helps comfort Lincoln when he does not feel well, and plays with him when he feels lonely. Diane thinks it’s amazing that ALSF celebrates siblings too and makes them feel special.

In November, Lincoln will make his last visit to Augusta, completing twelve cycles of chemotherapy with the trial study. He and his family are sticking together, and hoping for a future without childhood cancer.

Donate in Honor of Lincoln Today!