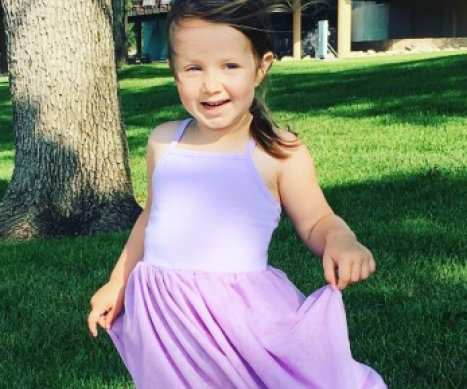 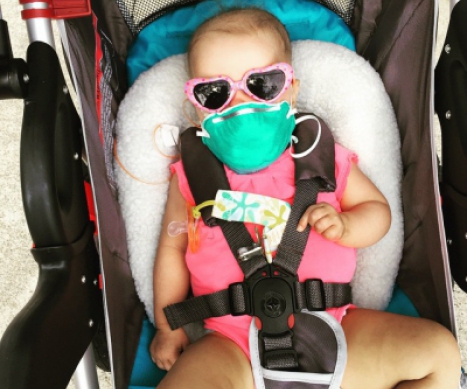 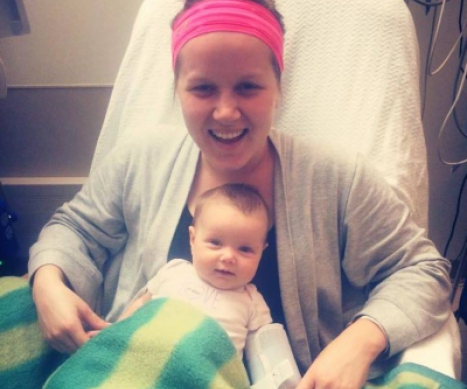 Get the facts about Juvenile Myelomonocytic Leukemia (JMML) and how our research projects are making a difference.

Madelyn (Madi) is a sweet, sassy girl who is always concerned about other people and how they are feeling. She has many favorite activities, including coloring, playing outside and singing, but she especially enjoys spending time with her grandparents!

Madi was Nicole and Cody’s first child, and while they noticed some things that seemed unusual leading up to diagnosis like bruising or a belly protusion, there weren’t any signs of a serious illness, especially not cancer.

At Madi’s 4-month check-in, Nicole mentioned that Madi’s belly felt hard. When the doctor came in, they immediately sent them to the local hospital for blood work and a sonogram. Just one day later, Madi’s family’s life changed completely, when doctors diagnosed Madi with juvenile myelomonocytic leukemia (JMML).

As they shifted into treatment, the rarity of her diagnosis meant she needed a very specific regimen. It started with oral chemotherapy while waiting for a bone marrow transplant. Since there’s no standard chemo that’s considered the best treatment for her cancer though, they went to the transplant quickly, after just four months. Thus began an intense 60+ day inpatient stay during the transplant.

The side effects of the treatment were intense, especially the veno-occlusive disease that blocked blood flow to Madi’s liver. She faced considerable pain too. However, her parents couldn’t have been prouder of how she faced it all. She was filled with joy throughout the whole fight, and taught them both valuable lessons like how to laugh through the pain and to fight the hardest battles with happiness.

One of the things that helped them through this entire fight has been remembering to always enjoy the little moments, no matter what. They also tried their best to take care of themselves too. Sometimes, just the small times outside Madi’s hospital room kept them refreshed and able to be there for brave Madi.

This has also opened their eyes to the fact that so little research is being done for childhood cancer, especially rare cancers like Madi’s. That’s part of why they believe in Alex’s Lemonade Stand Foundation (ALSF) so much. It gives them hope that finding a cure is possible, and they’ve done their part by participating during The Million Mile.

Even with the difficulties of Madi’s treatment, her parents know she has a bright, shining future ahead of her. She’s gotten a second chance at life and think she’s going places with that opportunity. She talks a lot about being a doctor, but at 4 years old, her parents can’t wait to see where the road of life takes her.

Today, Madi is doing well. Her parents can hardly believe she's approaching her five year transplant anniversary, and will be celebrating in Disney!

Donate in Honor of Madelyn Today!