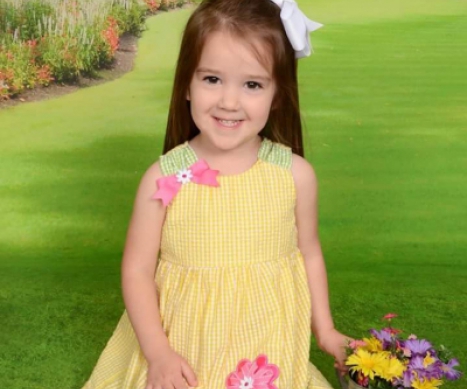 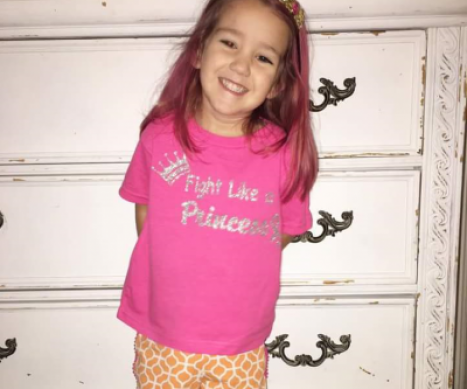 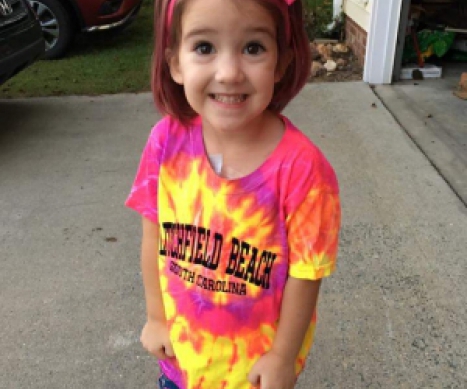 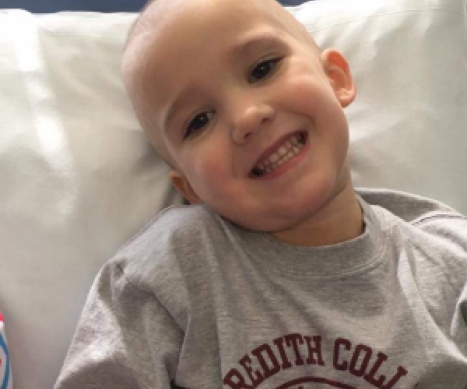 Mary Harper is an energetic, bubbly, kind-hearted 3 year old. She loves coloring, painting, puzzles, reading books and all things Disney, especially Disney princesses! She loves to help people with her positive personality and beautiful smile. On the day she was diagnosed with Wilms’ tumor, Mary Harper said with a smile on her face, "There's nothing to cry about Mommy and Daddy. I'm brave and strong and so are you!" She was also recently promoted to big sister and enjoys her new family role!

On August 16, 2017, her family noticed a large mass sticking out from the left side of her abdomen. She acted like herself and showed no signs of being in pain, but they went to the doctor the next day thinking it was a hernia or a blockage. The doctor felt her stomach for a brief moment and sent them straight to the hospital for an ultrasound and CT scan. The scans revealed not only a 6.5 inch tumor in her abdomen, but dozens of tumors in both her lungs and lymph nodes. They told her family that Mary Harper had stage IV kidney cancer.

Four days later, Mary Harper underwent an extensive eight hour surgery. Her left kidney, adrenal gland and 6.5 inch tumor were removed. One of the tumors in her lymph nodes was biopsied, leading the doctor to diagnose her with Wilms’ tumor. The pathology report revealed that the histology was favorable, meaning it would be easier to treat.

Those first few days were the toughest her family ever experienced.  During the first six weeks following her diagnosis, she received chemotherapy once a week and six consecutive radiation treatments. After their first set of scans following the initial treatment, most of the tumors on her lungs had disappeared, but there were still two to three tumors left meaning she had to begin a more aggressive treatment. She had eight more consecutive radiation treatments, which are now complete. She continues to receive chemotherapy weekly now. Through all of this, Mary Harper continues to act like herself; a typical upbeat little girl.

Her family wants Mary Harper to be completely cured from her cancer. She has told her parents that she wants to become a doctor so she can help other children who are sick.

People tell her parents how strong they are, but strong doesn't even begin to describe Mary Harper. She is so positive and is truly making the most of this life experience. She loves her doctors and nurses who care for her in the clinic. She always has a smile on her face and sees the brighter side of things.

Her family wants others who face this kind of diagnosis to know this is the absolute toughest thing they will ever go through. But, kids are tough and they will surprise people and bounce back quickly. It can bring families closer together and help people learn to cherish every moment with their kids and partner.

Alex’s Lemonade Stand Foundation represents hope for Mary Harper’s family. Hope that there will one day be a cure so no child ever has to experience this again. Hope that the kids who have been through this will continue to advocate for pediatric cancer awareness. Hope that one day we will live in a world where cancer does not exist.

Donate in Honor of Mary Today!