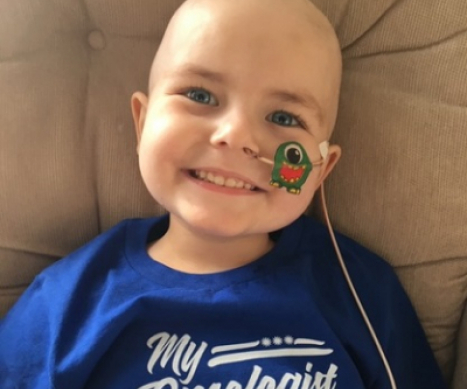 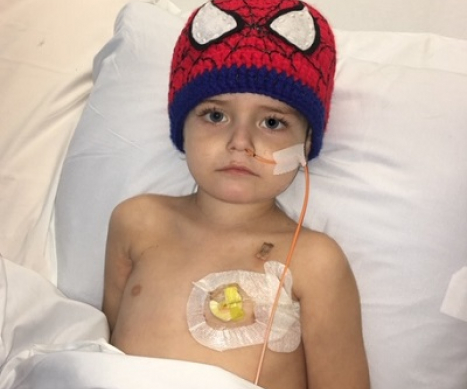 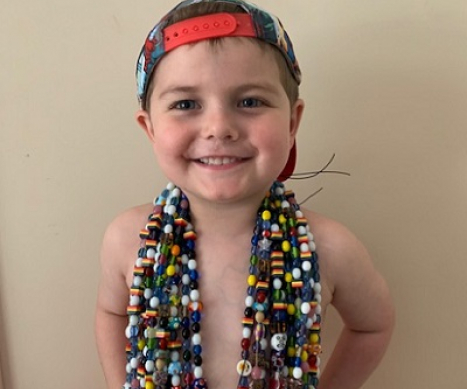 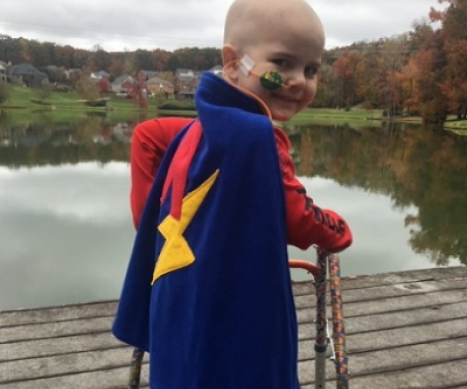 At 5 years old, Noah is cuddly, witty, and quite the charmer. He loves playing t-ball, doing jiu-jitsu and dancing to Kidz Bop. Although Noah currently spends his days watching Paw Patrol and The Incredibles, he’s got big plans for the future. One day, he plans on attending the University of Tennessee where he will become Spider-Man.

In 2018, Noah had a habit of falling and was experiencing pain in his left leg. He began having severe stomach pain and labored breath as well. His parents took him to the pediatrician who amounted his condition to asthma. Symptoms continued, and Noah grew lethargic. Fearing that Noah might have cancer, he and his parents made a trip to the ER, where his test results came back negative. The family was relieved. They continued going back and forth with different doctors as Noah’s symptoms persisted, until a second gastroenterology panel revealed an abnormal bacterial overgrowth. Noah had bloodwork done, and despite the family’s prayers, he was diagnosed with high-risk B-cell acute lymphoblastic leukemia.

His treatment began at East Tennessee Children’s Hospital, where Noah underwent various forms of chemotherapy, took steroids and had several lumbar punctures. Throughout treatment, Noah had many complications like hypertension, tachycardia, pericardial effusion, a staph infection (in which his port was removed and a PICC line was placed), a negative reaction to the plasma in his platelets, weight loss, the need for a feeding tube, and severe neuropathy that left Noah unable to move anything but his eyes. With physical and occupational therapy, Noah eventually learned to walk again, aided by a walker.

Noah is in remission and set to finish treatment in November 2020. His mom, Martha, hopes that by then her son will be able to make something positive out of this experience and begin a long, healthy life, free of chemo-related side effects. She wants him to appreciate even the simplest things in life. Martha also believes that by sharing his story, Noah can make a difference in the lives of others.

Noah’s heroic education has started long before his Spider-Man studies, and his family is proud of how such a little boy can fight such a huge battle. He is an inspiration to all who know him.

For families in similar circumstances, Martha wants them to know that everyone’s journey is different, so don’t compare your story to anyone else’s. When the days feel unbearable, she suggests forgetting the take-it-one-day-at-a-time mentality and instead live “five minutes at a time”. It also was helpful for Noah’s family to find other families going through the same thing. She says to embrace being a part of the “Worst Club Ever” and become each other’s support system.

Noah’s family is glad to see that organizations like Alex’s Lemonade Stand Foundation value these children’s lives by providing support and advocacy. It has given their family a small sense of control over their situation and hope that all children with cancer will still get to grow up someday. Noah’s family was inspired to begin their own foundation, called the #NoahNation Foundation, to gift medically adapted, port accessible pajamas to kids fighting cancer.