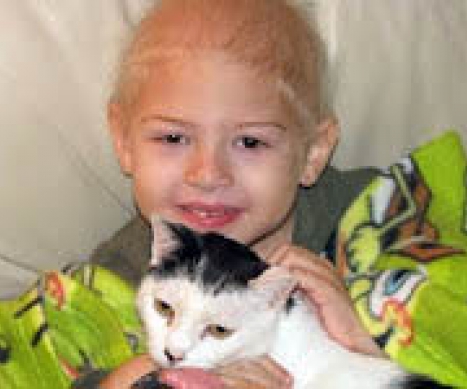 Sometimes a mother’s intuition cannot be ignored. Katy Zweig, mom to then 5-year-old Sammy, experienced this when her son began presenting with mild, yet confusing symptoms for several months. Odd headaches, strange raised spots along his jawline and an enlarged gland gave her cause for concern. However, when Sammy began complaining that it felt like his heart was “pushing” though his chest, she became more alarmed. Their pediatrician ordered an EKG which came back abnormal. Terrified at first that her son had an enlarged heart, after further consultations with a cardiologist and subsequent tests, Sammy was declared “as fit as a fiddle.”  Pleased that it appeared as though Sammy was fine, Katy’s frustration and concern grew as that same week, he experienced such severe pain in his chest that she rushed him to the Emergency Room where he was initially diagnosed with constipation. However, when the labwork came back with the results of Sammy’s bloodwork, Katy’s worst fear was confirmed –
Sammy had advanced leukemia.

Sammy entered into a clinical trial for High-Risk T-Cell Acute Lymphoblastic Leukemia and received combination chemotherapy treatment by infusion, orally and through injections. Sammy’s determination, drive and fighting spirit guided him through treatment which he completed bravely with dignity and grace.

Today Sammy is in remission and making up for lost time. After missing Kindergarten while he was receiving treatment, Sammy is back in school and doing brilliantly – always striving for success. He is as active as they come and loves to run, jump, climb, swim and play with his friends. In addition, he is extremely compassionate and is using his experience to help other kids.  After a young girl he knew was diagnosed with brain cancer, Sammy reached out to her to help her and ease her concerns about her treatment.

Striving to make a difference for others is something that Katy hopes will continue to resonate with her son as he grows to live a full and happy life. As frustrating as her journey was, Katy advised others to take one day at a time and accept all of the help that is offered to you without hesitation. She also encourages others to take notes at doctors’ visits and ask questions until you fully understand what they are conveying. She remains hopeful that through awareness of childhood cancer and research finding better treatments, that a cure will be found!

Hero’s quote:
"I wish I could have my shots though my port instead on into the muscle...I really don't mind having the needle put into my chest!"  (Sammy on finding out he has to have all his immunizations redone.).

Donate in Honor of “Superman” Today!