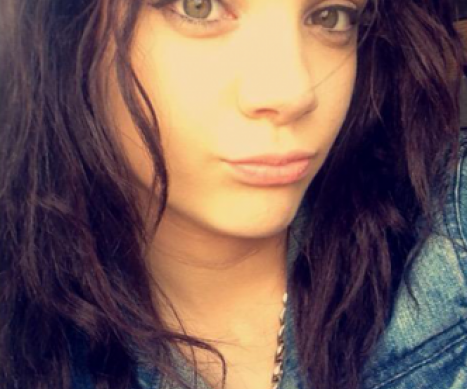 Get the facts about Thyroid Cancer and how our research projects are making a difference.

In March 2014, Tamaria went to the doctor for a regular check-up and her doctor found a lump on her throat. Tests showed a nodule, which appeared to be benign. However, Tamaria began suffering from difficulty breathing just a few days after the tests, and was taken to the emergency room. The ER providers realized that the doctor who had performed the earlier biopsy had nicked a vein during the procedure, and the nodule was now filling with blood. Tamaria went in for a four-hour surgery to remove the left portion of her thyroid, and stayed in the hospital for two days after the procedure. While the family thought the worst was behind them following the surgery, the results of the pathology tests revealed a two-centimeter cancerous tumor.

After a diagnosis of papillary thyroid cancer and a second surgery to completely remove her thyroid, Tamaria underwent a treatment called radio active iodine. While her mom remembers how difficult it was to process Tamaria’s initial diagnosis, she also states that Tamaria “was so strong- she never complained about surgeries, treatment, or anything.”  Tamaria helped keep her mother calm throughout treatment, and her mother supported Tamaria every step of the way.  Through their journey, Tamaria’s mother learned that “kids are stronger than they are given credit for,” and she wants to tell other parents that it’s okay to be scared when you’re unsure of what will lie ahead.

During treatment, Tamaria’s family relied on Alex’s Lemonade Stand treatment journal, which they used to keep track of her medications, appointments, etc. Tamaria now takes thyroid replacement medication, and is NED (No Evidence of Disease).
From her experience as a patient, Tamaria now hopes to go to college to become a registered nurse. She and her parents continue to hope for all clear scans.

Donate in Honor of Tamaria Today!