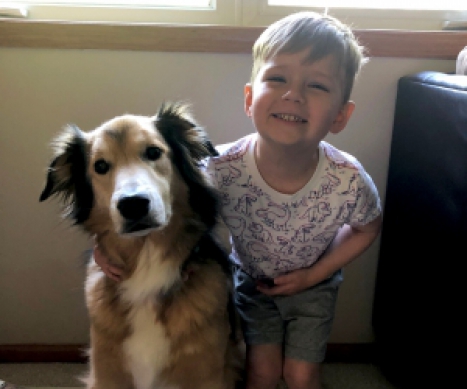 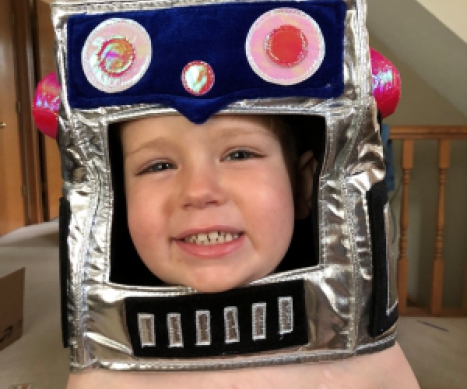 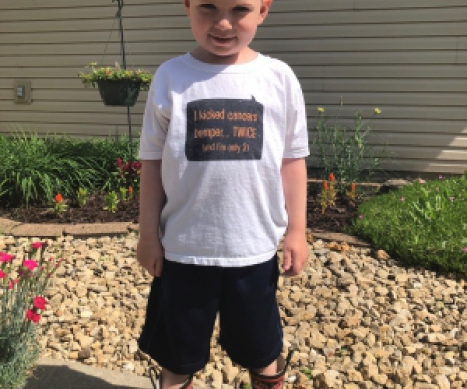 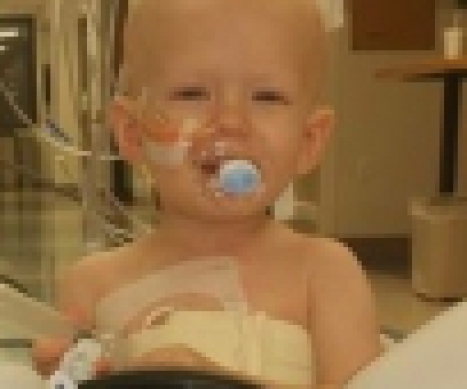 Telly was originally diagnosed with acute myeloid leukemia (AML) in his bone marrow in October 2015 at just 16 months old. He went into remission after the first round of chemotherapy and completed the remaining three rounds of chemo successfully.

Unfortunately, after almost seven months of living in remission, he relapsed with the same subtype of AML in his bone marrow, spinal fluid and brain. After radiation treatment and just one round of chemo, Telly’s cancer went into remission again. He was transferred to another hospital for a bone marrow transplant and spent a considerable amount of time in the intensive care unit (ICU).

Two years ago, began wearing leg braces, but he relearned how to jump off the ground with both feet. This was great progress from the previous year, since he had lost all his muscle tone being bedridden during treatment. He started retaking preschool since he missed out on so many life experiences. He loves summer and learned how to pick dandelions and play with ants because he’s never seen them before! Today, Telly is a big brother and a middle child. He still has occupational and speech therapy, but he might test out of physical therapy soon, since he's been doing so well. He is also in his last year of preschool, and celebrated his three-year bone marrow transplant anniversary in November 2019.

As his personality emerges, it's obvious Telly loves building things and taking them apart. His favorite character is Yoshi from the Mario Brothers.

Telly’s family shares his story to give hope to those who need it and educate people who had no idea this world of childhood cancer existed. Most importantly, they share the story for Telly so he can learn just how far he has come and how strong he truly is.

Donate in Honor of Telford Today!