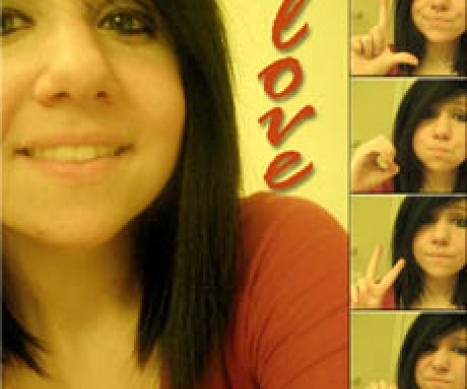 Jessica led an extremely normal childhood until April 4, 2006. On this day, at the age of 15, she experienced something extremely abnormal, a grand mal seizure.

We visited many doctors and specialists and she finally had an MRI on May 25, 2006 which showed a lesion in her brain; in the left lateral ventricle. Resection surgery by craniotomy was performed on June 8, 2006; two days after her 16th birthday. 80 to 90 percent of the tumor was removed, and pathology revealed it to be malignant: Grade 3 anaplastic astrocytoma. Jessica received the “standard” treatment for a high grade glioma: radiation with concomitant chemotherapy (Temodar). Things went along fairly smoothly for quite a few months, but not without some hurdles. She continued to suffer from seizures, but we were able to control them pretty well with medication.

In January, 2007, an MRI showed enhancement of the original tumor site. It was decided that the chemotherapy was no longer acting effectively. We decided to enroll in a clinical study at Children’s National Medical Center in Washington, DC (Avastin/CPT-11). In February of 2007, a spinal MRI revealed a new mass in her lumbar spine. We went ahead with the study (involving a proven chemotherapy drug, along with an antiangiogenesis therapy which has been shown to prevent the growth and survival of renegade blood vessels that provide the tumor “life”).

Things went downhill from there, with progressive fatigue, memory issues, and headaches. On May 9, 2007 an MRI was performed that provided us with devastating news. There was a new mass behind Jessica’s brain stem. Because of this development, we could no longer participate in the study, and we brought Jessica home on Hospice.

Jessica’s health declined quickly, but Hospice was amazing and we were able to keep her home and to keep her comfortable. We shared many good long-lasting memories, and her soulmate Joel came from Minnesota and spent Jessica’s last weeks right by her side.
Jessica earned her wings on June 9, 2007; three days after her 17th birthday, surrounded by her mother and father; her brother, Jake; her boyfriend, Joel; and her kitties.

Jessica left behind an incredible legacy of writings, artwork, and photography. We hope to someday publish a book of her works. Many of her pieces are shared on her Caringbridge site: http://caringbridge.org/visit/jessicarandall.

Donate in Honor of Jessica Today!