Honoree Maya Rigler announced she reached her fundraising goal of $250,000 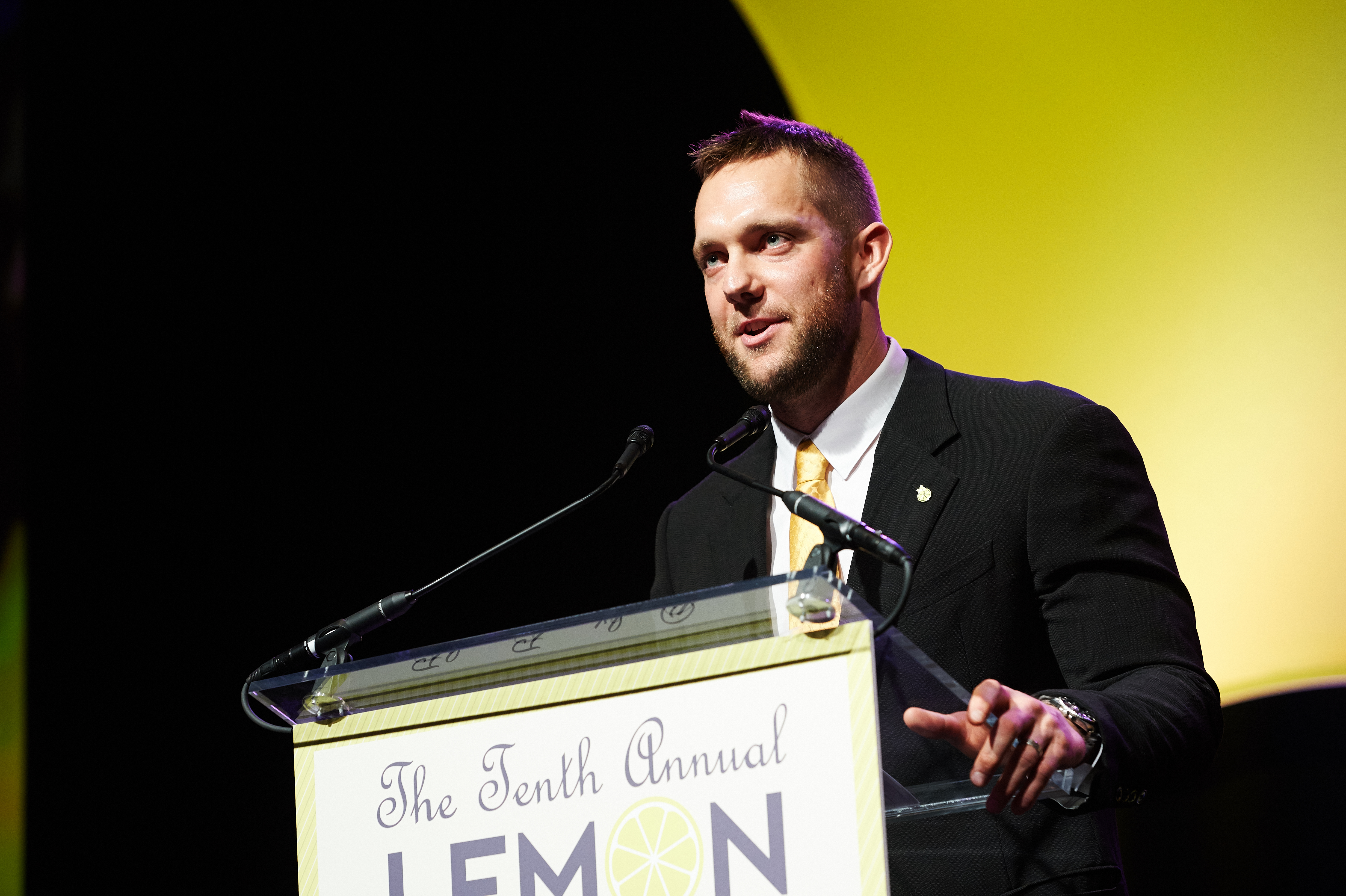 The gala, an evening of cocktails, dinner, raffles, silent and live auctions and entertainment, brought together over 1,000 supporters of the Foundation’s mission at the Philadelphia Marriott Downtown. The evening celebrated the life and inspiration of founder Alexandra “Alex” Scott (1996-2004), whose birthday is two days after the gala on January 18th. While speaking to guests, Liz Scott, mother of Alex and co-executive director, read a letter she wrote to her daughter in which she wished her a happy birthday and listed all of the accomplishments of the Foundation that began with Alex’s original lemonade stand, which includes raising $120 million and funding over 550 pediatric cancer research projects to date.

Other highlights from the event included Stand Host of the Year honoree, 11-year-old Childhood Cancer Hero Maya Rigler announcing during her acceptance speech that she reached her $250,000 fundraising goal. Alex Gordon, 2015 World Series Champion with the Kansas City Royals, was honored as the Foundation’s Volunteer of the Year. Presenting and founding sponsor Volvo was awarded the Alex Scott Crystal Cup. Each honoree expressed their gratitude and continued support of the mission to find cures for all kids with cancer.

During the live auction, Liz Scott’s famous lemon cookies raised over $48,000. The live auction raised a total of $83,000. Paintings created by childhood cancer heroes sold in the silent auction for $1,800 and the silent auction raised a total of $80,000. The program ended with the Foundation’s Fund-A-Cure, which encourages supporters to contribute to funding a grant in honor Maya Rigler. As Fund-A-Cure began, the stage was filled with childhood cancer survivors, including Maya. This year’s total of $113,000 will be added to the $250,000 Maya has already raised.

This year, presenting sponsor and honoree, Volvo pledged $10,000 to fund a project of guests’ choice. Guests were asked to vote for one of three possible projects: An automated pipette dispenser, two additional POST (Pediatric Oncology Student Training) Award positions, and services to 250 more siblings with the SuperSibs program. Guests voted the SuperSibs program as the winner. The $10,000 will help the Foundation provide services to 250 more siblings. The SuperSibs program is dedicated to comforting, encouraging and empowering siblings during their family’s battle against childhood cancer, so these children and teens can face the future with courage and hope.

The evening, which acts as the unofficial kickoff to Alex’s Lemonade Stand Foundation’s fundraising year, culminated with cocktails, dessert and dancing.