Is SIRT5 a Therapy Target in Acute Lymphoblastic Leukemia? 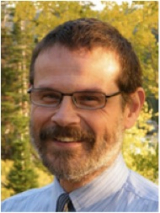 Background
Acute lymphoblastic leukemia (ALL) is the most common cancer in children. Thanks to aggressive chemotherapy regimens most children with the so-called B subtype of ALL do well, while prognosis in children with the T subtype (T-ALL) is less favorable, and poor if first-line therapy fails. Unfortunately, many surviving children suffer from long-term side effects of chemotherapy such as neuropathy and have to deal with life-long functional impairment. We have preliminary evidence that ALL cells, but not normal bone marrow cells, are dependent on SIRT5, a master regulator of energy metabolism, to maintain their growth and survival.

Project Goal
We propose to determine how widespread dependency on SIRT5 is in T-ALL, and which metabolic pathways are regulated by SIRT5. We will also use murine models to test whether T-ALL cells are dependent on SIRT5 when growing in vivo. SIRT5 is an enzyme with a unique structure that should allow the design of selective inhibitors. Murine models with a deletion of the SIRT5 gene are viable, suggesting that SIRT5 inhibitors would be tolerated. If successful, our work will firmly implicate SIRT5 as a therapeutic target in T-ALL and provide a rationale for the development of clinical SIRT5 inhibitors. This novel approach may lead to an improved and less-toxic therapy of children with T-ALL.

Project Update - June 2020
We have identified a protein that appears to be necessary for T-ALL cells to survive, while normal healthy blood cells can tolerate the loss of this protein. The protein is called SIRT5. Our experiments use modern technologies to eliminate SIRT5 from cell line models of T-ALL. Each cell line used in our laboratory was derived from T-ALL cells donated by a patient. In year one, we gathered further data to indicate that elimination of SIRT5 in T-ALL cells results in the death of T-ALL cells from some patients but not from others. In year two, we will carry out studies to understand these differences. Our ultimate goals are to develop a drug that neutralizes SIRT5 and to devise a method for identifying the T-ALL patients who would benefit from this new drug.