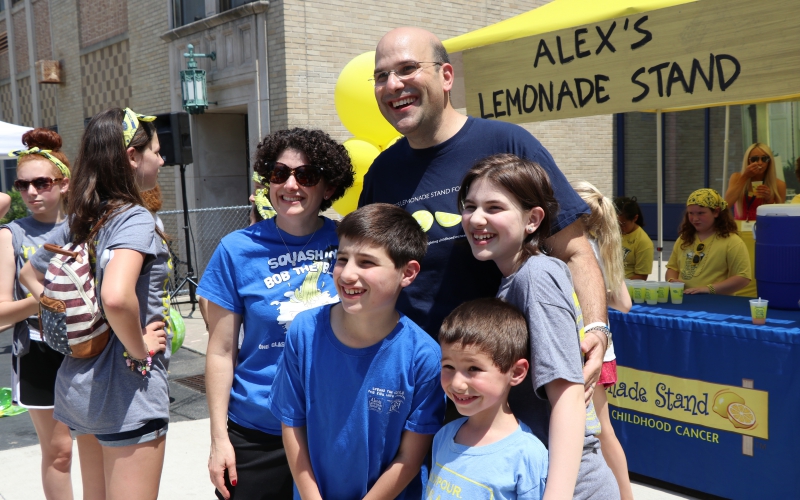 13-year old Maya Rigler (above with her family at Alex’s “Original” Lemonade Stand) has fought two different types of childhood cancer and managed to raise enough money for over 8,000 hours of childhood cancer research. And she is not stopping—not until there are cures for all children. ​

Just before my second birthday, my doctor discovered a mass in my stomach. I found out I had a type of cancer called Wilms' tumor in my kidney. I had to undergo chemotherapy and radiation for eight months. I don’t remember that much of it, mostly sitting in hospital rooms and watching Elmo while getting chemo. I had to miss a lot of preschool for treatment! I had to get surgery to remove one of my kidneys since it had a tumor on it, so I’ve always had to drink a lot more water than my friends. During treatment, my family was introduced to ALSF. 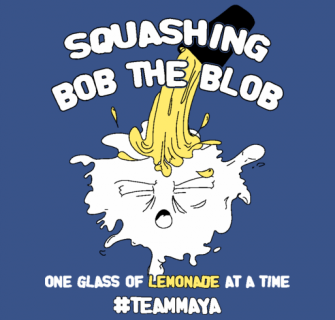 My two younger brothers and I hosted lemonade stands every year. Each year, we brought the money from the lemonade stand to Alex’s “Original” Lemonade Stand at Penn Wynne Elementary School. It became an annual family tradition. I would have never imagined that the disease I barely remembered would soon become a much greater part of my life.

When I was ten years old, my parents took me to the doctor’s office because something seemed off. I was taken to Children’s Hospital of Philadelphia (CHOP) to be checked out. The doctors told me it looked like I had a mass in my stomach and that we just needed to find out what was going on. I heard the doctors use the term “mass,” I immediately gave it a name - Bob the Blob! After a week, we found out that Bob the Blob was a type of cancer called Ewing’s sarcoma in my pancreas. Within days of being diagnosed, I had countless gifts arrive at my hospital door. So many people were extremely generous, but I thought about the other patients on the oncology floor, who might not feel the same support that my family was feeling. My cancer had a cure, but some of theirs didn’t. 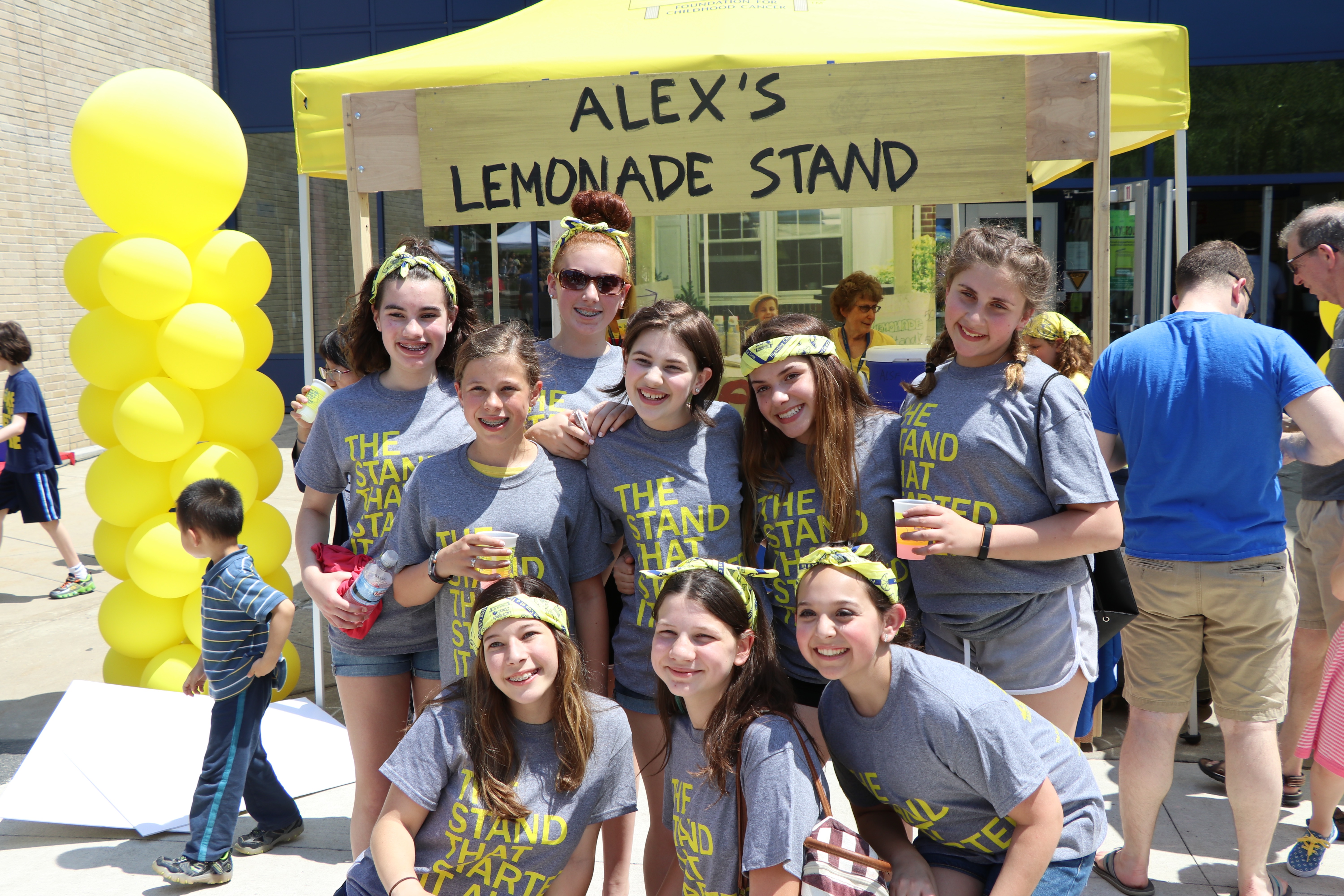 I decided to start up a virtual fundraising page on Alex’s Lemonade Stand Foundation’s website. In just a few weeks, we were up to $100,000! The immense happiness I got from knowing I could make a difference, even at such a young age, was way better than any presents.

I began chemotherapy and six weeks of radiation. I was in and out of the hospital for many days at a time, and I had different surgeries. I saw many doctors, too. One time, a doctor had on an Alex’s Lemonade lanyard. I jumped and asked her how she was involved. The doctor told me that she was a researcher and that ALSF helps fund her research to help find a cure for childhood cancer! The doctor tested my tumor and was able to tell me that my two cancers were unrelated. It is amazing to know that ALSF helped make a difference in my own treatment!

Even with support, love and a strong community surrounding my family, having cancer at any age is really hard. I learned so much about helping others while I was sick. It was incredible to see the donations pouring in from everyone who donated, no matter how much, to help find a cure for this horrible disease. I was so thankful, and soon we had reached $250,000. I was in awe of how much of a difference one person could really make. Through things like Instagram, Facebook and the ALSF website, I was able to share my story. Once the idea caught on, the local news covered my story and the stand took off even more! It was amazing to see what could happen when you ask for help. My friends and family began hosting lemonade stands on their own to help benefit my page. As of today, I have raised a total of $410,010!!

If you’re reading this and think one person can’t make a big difference, think about what Alex Scott said “when life hands you lemons, make lemonade.” 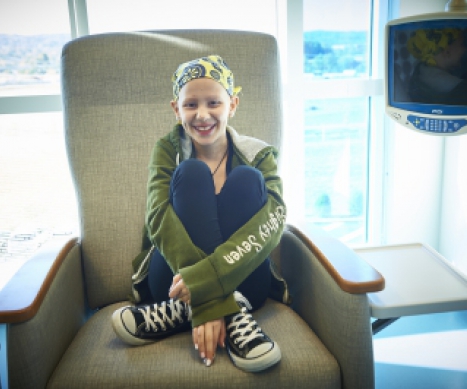 Maya Rigler is 13-years-old and a two-time cancer survivor. In 2016, she was honored at the Lemon Ball as Stand Host of the Year.