When she was 11 years old, Taylor was diagnosed with a bone cancer called osteosarcoma.

The diagnosis came after a summer spent with her local swim team. Taylor had shoulder pain, and swimming seemed the logical culprit. But the pain kept increasing to the point that her arm became numb. An X-ray revealed a mass; further testing revealed that the mass was osteosarcoma.

“When I first walked into the oncology clinic, the first thing I noticed was all these kids did not have hair,” recalls Taylor.

Taylor missed most of sixth grade while she was in treatment. After nine months of chemotherapy and surgery on her right arm, she was declared cancer-free.

But then 18 months later, she relapsed. This time a tumor was discovered in her lung. Taylor had surgery and chemotherapy and again she was declared cancer-free. But that would only last for a year.

The cancer once again returned, and this time, her family was desperate for answers.

A girl full of life.

Taylor’s lung was removed and then she enrolled in a clinical trial at Texas Children's Hospital that was made possible by an infrastructure grant from Alex's Lemonade Stand Foundation (ALSF). Her family then waited, desperate for a cure.

“I saw a girl who was full of life,” recalls Dr. Ahmed.

Taylor, who was then 16 years old, got on with living her regular, extraordinary life and fulfilling her goals. She graduated high school, went to college, became a pediatric nurse and then married her husband, Sam. Her dreams were coming true.

But, Taylor had another dream: motherhood. 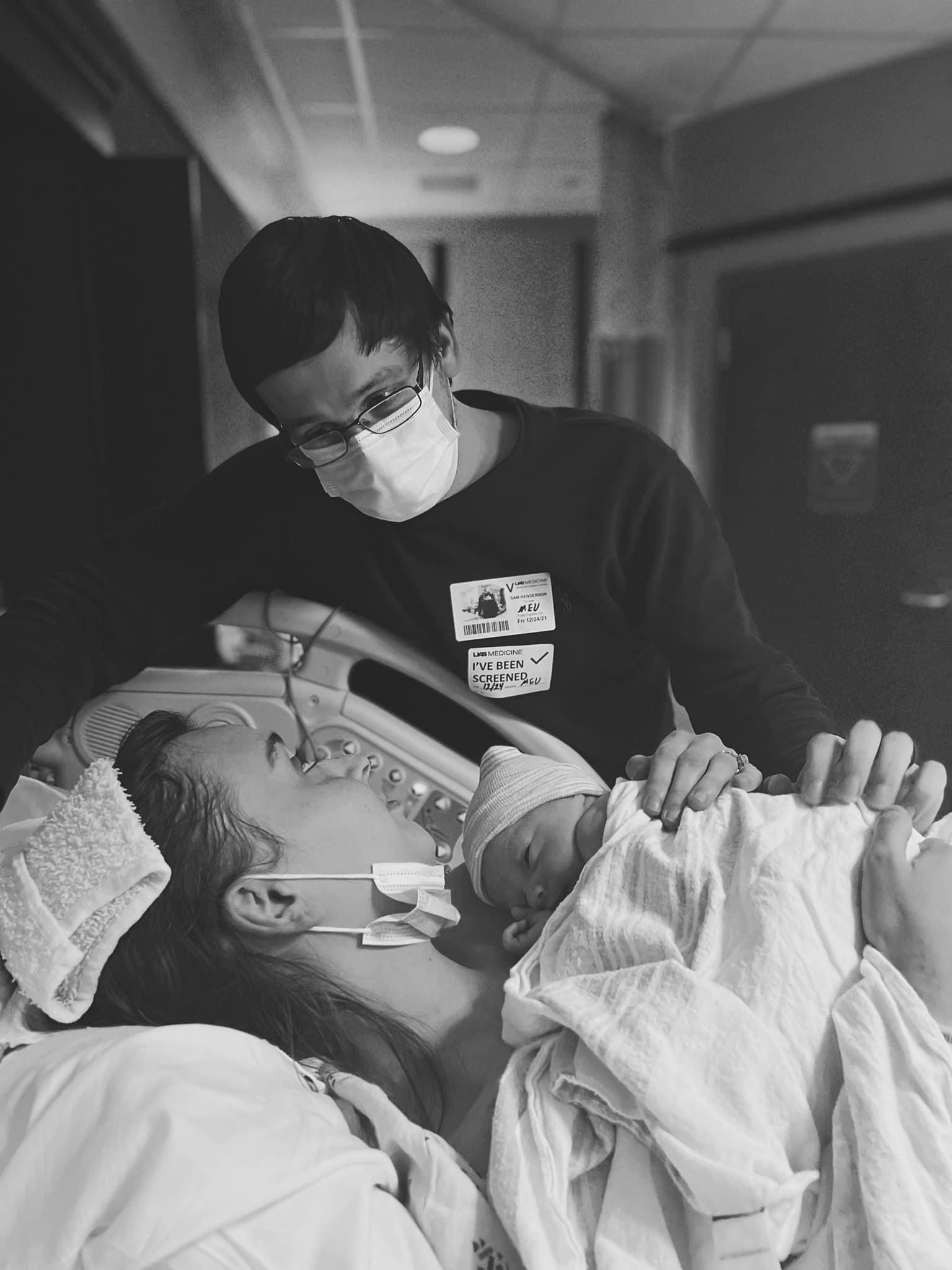 “In the thick of it, you are just trying to survive.”

Harsh chemotherapy treatments can affect fertility. Surgeries, the impact of cancer itself and other treatments can also impact long-term health in childhood cancer survivors.

“After treatment, you can have all these issues: infertility, arthritis, all these things that you did not necessarily think about because in the thick of it, you are just trying to survive, “ said Taylor.

For Taylor, the treatment that worked was an experimental immunotherapy that comes with less harsh side effects. Nicknamed HEROS for HER2 osteosarcoma, the trial used Taylor’s own immune cells that were reprogrammed to attack the osteosarcoma cells. Treatments like this could be game-changers for kids with cancer—curative and without devastating side effects.

“I definitely didn’t think I’d ever be here.”

Taylor always wanted to be a mother, but with so many uncertainties around her fertility and health, that dream seemed like a reach.

Taylor and her husband, Sam, started looking into adoption, fertility treatments and trying to get pregnant. It was not an easy road.

But then, Taylor discovered she was pregnant. Wallace, who was born on Christmas Eve, is now nearly 5 months old and a happy, sweet boy.

“It’s really surreal. Sometimes I still look at him and think, are you mine?” said Taylor.

Taylor, who is now 26 years old, celebrated 10 years of cancer survivorship this May.