Home » Where the Money Goes » ALSF Funded Projects » Generation of a novel oncolytic virus for treatment of pediatric brain tumors.

Generation of a novel oncolytic virus for treatment of pediatric brain tumors. 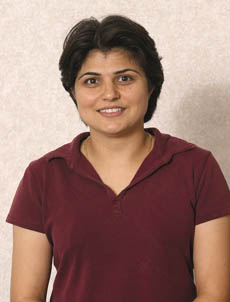 Each year in the United States approximately 2,200 children between 0-15 years old are diagnosed with a malignant form of central nervous system (CNS) tumors, according to Nationwide Children’s Hospital in Columbus, OH. Brain tumors are the most common type of solid tumors found in children and are categorized and treated depending on where they originate in the CNS. Treatments for these types of tumors include radiation, chemotherapy, and surgery when possible.

Alternatively, researchers such as Dr. Balveen Kaur at The Ohio State University Medical Center in Columbus are exploring the use of oncolytic viruses (OV) to invade and infect the cells of a tumor and ultimately destroy them. Early tests show very few side effects from this treatment however one of the major limitations is the body’s innate immune response when the tumor is infected with the virus. The body’s response can actually stimulate blood vessel growth, feeding the tumors and causing rapid elimination of the therapeutic virus and permitting re-growth of tumor after initial remission.

Following this discovery and with funding from Alex’s Lemonade Stand Foundation (ALSF), Dr. Kaur and her team developed a special virus, called RAMBO, which is an acronym for Rapid Antiangiogenesis Mediated by Oncolytic virus. RAMBO delivers two punches to the solid tumor, one where the virus kills the tumor cells and the second by its ability to stop blood vessel growth thus in effect "choking" the tumor’s supply of oxygen and nutrients.

“The funding we received from ALSF helped pave the path to the discovery of RAMBO and future work with this virus could lead to new treatments to combat childhood cancers,” says Dr. Kaur.

Matilda is a sweet 5-year-old who never asked, "Why me?" when she was diagnosed with stage 2 Wilms tumor. After a rollercoaster of treatment, Matilda is now in remission and continues to be her positive self!
Read more »