Immunotherapy for Osteosarcoma and Ewing sarcoma 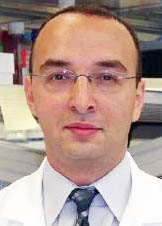 I received a grant from Alex’s Lemonade Stand Foundation in 2006, when I had promising data that immune cells could be used against pediatric bone cancers. Thanks to the ALSF funding, we were able to continue to work on this project and the results have been very gratifying.

By redirecting immune cells toward an antigen expressed on pediatric bone cancer cells but not on normal body tissues, immune cells can effectively kill bone cancer cells in the lab. We were able to show that they could even kill cancer “stem cells” that cause tumor recurrence and that by giving them to animals that had metastasis in the lungs, two thirds were cured.

Communicating these results to colleagues in cancer research was similarly gratifying: results were presented at a plenary session of the American Society of Pediatric Hematology and Oncology (ASPHO) and the International Society for Pediatric Oncology (SIOP), in addition to the pediatric mini-symposium of the American Association for Cancer Research (AACR).

The results were used to justify further funding and are now being reviewed as part of a project to the National Institutes of Health (NIH): "Cellular Immunotherapy for Pediatric Solid Tumors.” This project will target neuroblastoma, osteosarcoma, Ewing’s sarcoma and rhabdomyosarcoma; constituting the majority of pediatric solid tumors with the worst outcomes. Lastly, we recently were approved by the Recombinant DNA Advisory Committee (RAC) of the NIH for a clinical trial that will enroll children with advanced osteosarcoma. The support from Alex’s Lemonade Stand Foundation was key to helping us translate our promising preclinical findings from the bench to bedside.