The Role of DEF and SSU Processome in Neuroblastoma Pathogenesis 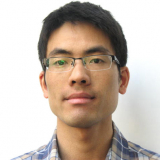 Neuroblastoma is the most common solid tumor of childhood, which accounts for 15% of childhood cancer deaths. Changes in the nucleolus and ribosome biogenesis are known to occur in malignant cells, which is due to the key role of the ribosome in cell growth and proliferation. In my graduate work, I have shown that a nucleolar factor Def plays a role in ribosomal RNA processing during zebrafish development as a component of the SSU processome. DEF expression is highly upregulated in most neuroblastomas and is highest in cases with MYCN amplification (http://r2.amc.nl).

Hence, my hypothesis is that high levels of expression of DEF and other subunits of the SSU processome are required by neuroblastoma cells for tumor initiation and maintenance, and that these proteins provide a unique and previously unexplored site of vulnerability of neuroblastoma cells. My preliminary studies have shown that overexpression of DEF dramatically accelerates the onset and increases penetrance of MYCN-induced neuroblastoma in two independent DEF transgenic fish lines, while knockdown of DEF induces apoptosis and cell growth inhibition in both Kelly and SH-SY5Y human neuroblastoma cell lines. Because DEF does not have enzymatic activity and will be difficult to target with small molecules, I am extending my analysis for other SSU processome components including DDX10, BMS1 and UTP14A that have essential enzymatic roles. Using genetic studies, I will document the dependence of neuroblastomas on high levels of expression of these enzymes, as a first step toward the eventual targeting of the SSU processome for improved therapy.