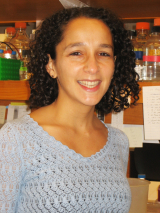 Background
Neuroblastoma remains a devastating clinical problem and continues to be a leading cause of childhood cancer morbidity and mortality despite dramatic increases in therapy. We made the discovery that the Anaplastic Lymphoma Kinase (ALK) oncogene is a promising therapeutic target in neuroblastoma and translated this seminal finding into a clinical trial.

Project Goal
Both our preclinical and clinical studies have taught us that inhibiting ALK is complicated. Defining how to attack neuroblastoma effectively, in light of the key role that ALK plays in this disease, is the primary goal of this proposal. We have partnered with Novartis to rigorously study each of their late-stage compounds alone and in synergy screens in a panel of extensively characterized preclinical models of human neuroblastoma.

This partnership has led to the observation that dual inhibition of ALK in combination with regulators of the cell cycle leads to augmented death of cells with and without an underlying ALK mutation. This compelling data has generated the foundation for a funding proposal to support the discovery of biomarkers that predict responsiveness that will inform clinical trial design and conduct, and the translational development of this combination.