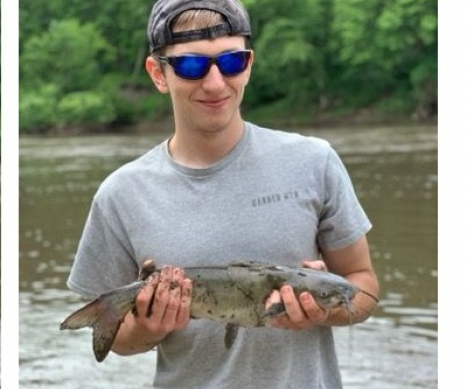 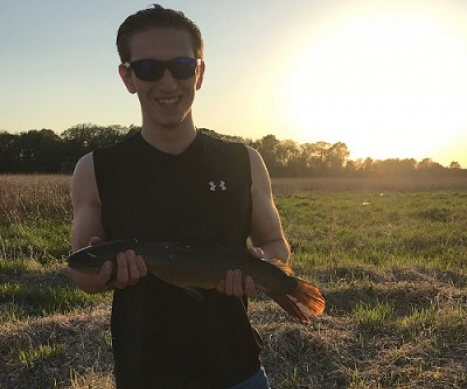 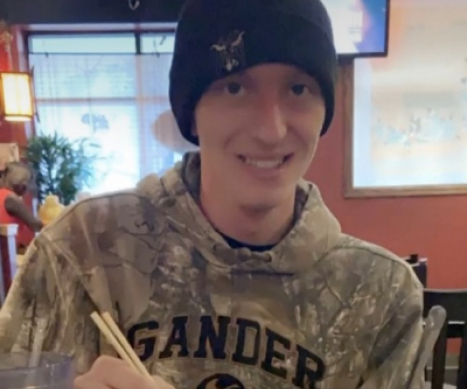 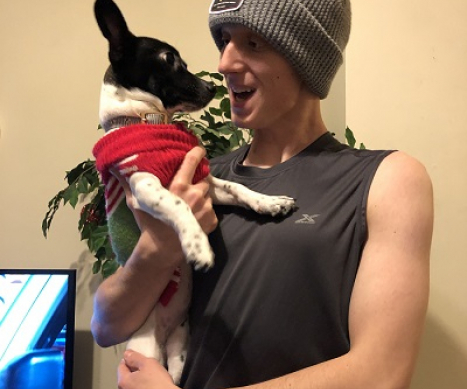 AJ was full of life. He always stayed positive no matter what came his way and always reminded people to be humble and kind. He loved to help others, even while he was sick. He never, ever gave up. He fought with everything inside of him. He was funny and had an old soul. He would thank every veteran he saw and shook their hand. He was a very kind and respectful person.

Alan was diagnosed with hepatoblastoma at 15 months old after a lump was found in his abdomen at a check-up in May 2001. He had been happy and healthy with no symptoms of underlying disease, but after blood tests and CT scans, doctors discovered he had a tumor on his liver. His family was shocked and devastated. Days later, he received surgery to remove the tumor at the Mayo Clinic in Rochester, MN, followed by three and a half months of chemotherapy. Alan was doing good and smiling. He amazed everyone with his strength.

Unfortunately, in January of 2002, AJ’s cancer spread to his right lung. Surgeons went in and removed the tiny tumors, and AJ began a stronger chemo regimen. Thankfully, it worked, and by 5 years old, AJ was looking great and enjoying life again. Officially in remission, AJ went to school, played soccer and lacrosse, and went fishing whenever he could. He thanked God every day for being alive and healthy. He loved history and being outdoors and was planning to enter the environmental conservation field when he graduated college.

But in late August of 2019, AJ learned his fight with cancer was not over. He’d begun to feel like he had a sinus infection, although he’d never had one before. He went to the doctor and was put on antibiotics, but nothing seemed to be getting better. Then in September, AJ noticed a lump on the left side of his neck. He returned to the doctor right away. After an ultrasound, an endoscopy and a biopsy of the neck lump, he was told he had a tumor inside his left sinus cavity and another in his lymph nodes. AJ once again had cancer, and it was growing fast.

AJ went back to the hospital for more tests and scans and was diagnosed with stage IV alveolar rhabdomyosarcoma. Doctors said that the tumors had all probably developed within the last few months. Little tumors were also found throughout his body. Shocked and crushed, AJ’s family could only watch as he went on a 43-week chemo plan followed by proton beam therapy.

Finally, some good news came: the proton beam therapy that targeted the sinus and lymph node tumors were gone. Chemo had made all the other tumors throughout his body disappear. AJ’s family was just holding out hope that somehow the chemo could also get what was in his bone marrow.

Then the day after Christmas in 2019, AJ went to the ER after he complained of severe pain in his neck and head. He was sent home, thinking it was just dehydration and side effects from his chemo treatments. However, after a seizure, he was back in the hospital. AJ underwent more tests and scans, and on January 5, 2020, he was told the cancer had spread to his spine and brain. Doctors said he would most likely only have one month to live, even with treatment.

Alan was always about telling his family and friends he loved them. He would tell his mom many times a day that he loved her and she would always come back with, “Love you more.” This was their special thing, that she will cherish forever.

“AJ loved life and was praying for a miracle, we all were,” said Laura, AJ’s mom. “He didn’t want to give up. He wanted to try the options we were given to see if it could give him a little bit more time.”

Family and friends were told to try and enjoy the days ahead with AJ. On January 13, they could tell the cancer was getting worse. AJ was put into the hospital and then on full-time hospice care. Then sadly, on February 5, at 19 years old, AJ passed away surrounded by his family.

AJ was a hero to his family. He was the kindest person you could ever meet. He was there for everybody, and always made sure everyone else was okay before himself. He was brave and always showed he cared. He stayed positive up until he passed away. “He will always be my hero,” said Laura. “He was my only child, my everything. He did change the world in the short time that he was here. We will never forget him. He will live on inside of us.”

Laura promised AJ that they would keep helping other families fight and stand up to cancer. She currently has set up a fundraiser for research into rhabdomyosarcoma. She wants no child to ever have to fight cancer, and hopes cures will be found for all.

The advice she’d like to give others who may be facing a childhood cancer diagnosis is to make sure you are surrounded by people you love. There is no doubt about it, the journey will be tough. But let those people help you and be there for you. Hang in there and stay positive, and always hold onto hope.

To Laura, that’s exactly what Alex’s Lemonade Stand Foundation means: hope. When she needs to see hope out there, she sees it in what the Foundation does. “Awareness is needed to get attention to research and to help families out there,” she said. “Thank you for what you do.”

Laura knows she needed to share AJ’s story. He was strong, one-of-a-kind, and will always be remembered and loved.

Donate in Honor of Alan Today!