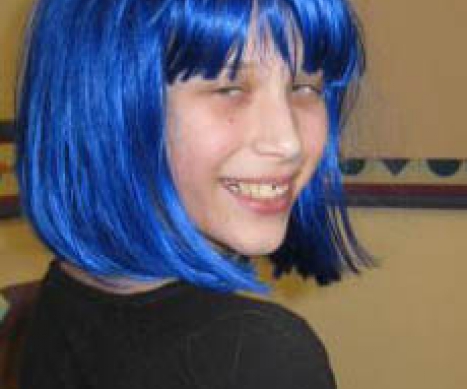 Annika is one of the lucky ones, and she is our hero. During the 2009 cold and flu season, 11-year-old Annika was complaining of a really bad tummy-ache. We were concerned that she might be dehydrated, and her pain was increasing, so we took her to the local emergency room. The doctors there were thorough, and ended up sending us to Children's Mercy Hospital in Kansas City. They felt the pediatric surgeons there would be better prepared to figure out what was going on. We were in a daze -- didn't our daughter simply have the flu? She did not. During laparoscopic surgery and then exploration, it became clear to the surgeons that they were going to need to remove a mass in her intestine. That's when we heard the word lymphoma used for the first time. We were devastated, scared, and anguished, but amidst these feelings, we had hope. Hope that the tumor was found soon enough to be contained in her intestine. Hope that she would fight for her health. Hope that we would beat the odds. Annika is one of the lucky ones!  Because the doctors acted so quickly, the cancer was at stage 2 when removed - and the cells were contained. Annika had to endure just 2 courses of chemotherapy, and in just 6 months after diagnosis, she was placed on the follow-up plan with the Oncologist.

She's been surrounded by love through this journey. Her friends wrote a song for her, "Soldier Without Armor." They sold it to help with our medical bills. Now, with two clear CT scans under her belt, Annika is beginning a new journey. She is reaching out to other kids who have health battles to fight, by sharing her song with them. She knows how lucky she is and wants to reach out and help heal other hearts. We can't wait to see how she spreads the message that love can heal.

Donate in Honor of Annika Today!