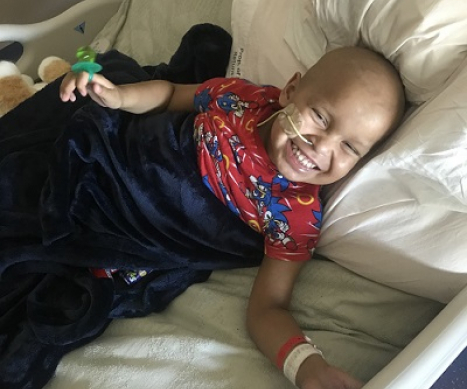 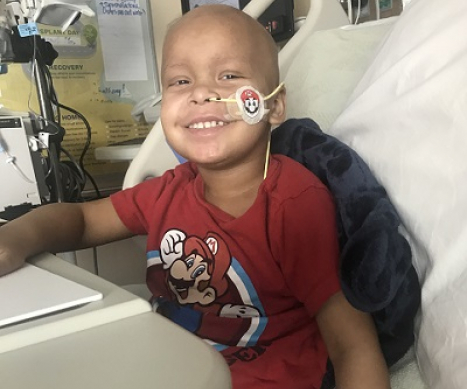 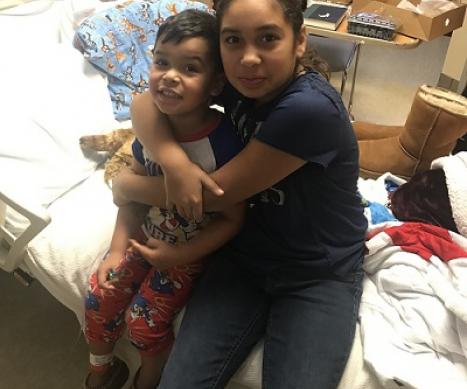 Whether he’s biking or swimming, Anthony is a kid who enjoys the great outdoors. He is a caring boy who loves dogs and cats almost as much as he loves his sister.

In March 2018, Anthony started getting sick off and on and was experiencing excruciating pain in his left leg. He visited many doctors and physicians to uncover the source of his issues, but X-rays showed nothing wrong. Doctors gave Anthony a boot they said would take care of him constantly “rolling” his leg. Soon after, Anthony was sick with a new virus every week. He looked pale and his leg pain persisted. Bloodwork showed that despite low levels, he had no major abnormalities.

Anthony’s family tried to continue life as usual and took a camping trip in May. During the trip, his parents noticed their son’s stomach was swollen and he was bruising all over. When they returned home, they rushed to urgent care, only to be told that Anthony must be constipated. The next day he couldn’t get out of bed, his eye was nearly swollen shut and he was dripping in sweat. Anthony was rushed to the emergency room and his parents demanded additional blood work. Finally, doctors determined that Anthony had cancer, but didn’t know the type.

After transferring to Kaiser Permanente Santa Clara Medical Center, Anthony began having transfusions of platelets and red blood cells. At the time, it was determined that he had low-risk leukemia, but Anthony took his treatments like a champ. Unfortunately, by November, eight months after the pain first started, a lumbar puncture revealed positive leukemia cells in Anthony’s spine. He underwent bone marrow transfusion but is having complications due to a graft versus host disease diagnosis – when donated bone marrow cells attack the recipient – just before he was set to go home.

The COVID-19 pandemic has made Anthony’s battles even harder. As he continues with treatment, Anthony’s dad and sister are not allowed to visit him. It is tough for them to only support Anthony from a distance, and the family is struggling with spending so much time apart.

Anthony’s mother, Jenelle, hopes her son’s battle against cancer doesn’t stop him from being a kid and teaches him to enjoy every day. She wants him to live a full life and to keep having fun along the way. She just wants Anthony to love life.

Since not everyone shares Anthony’s family’s struggles, Jenelle is grateful to organizations like Alex’s Lemonade Stand Foundation for sharing people’s stories and reminding their family that they are not alone. Having that support has been a big help.