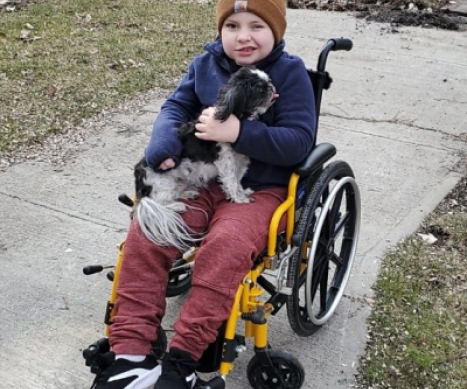 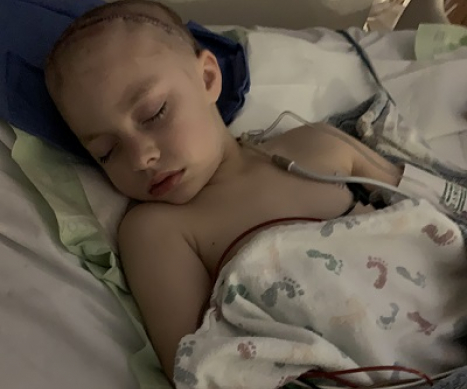 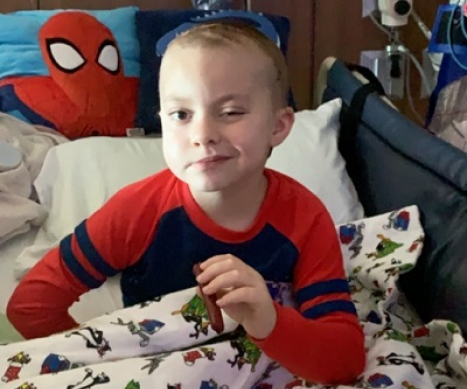 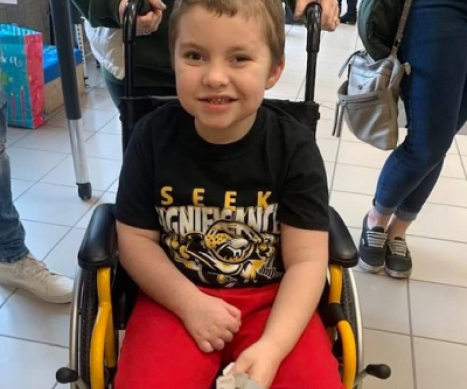 At 8 years old, Brantlee’s love of music has him dancing all over the place. Aside from jamming out, he loves his dog and cats dearly and plays with them often. When he’s watching TV, Brantlee finds strength in the Teenage Mutant Ninja Turtles and Power Rangers to fight his own super-villain: low-grade astrocytoma.

A year before his diagnosis, Brantlee began experiencing severe headaches that eventually led to vomiting. His mother took him to the hospital, where a CT scan revealed a mass on his brain. Brantlee has received numerous brain procedures since then, including one that lasted 12 hours, one involving the insertion of a shunt to drain fluid and one for bleeding. On May 5th, 2020 he began chemotherapy to prevent the tumor’s growth, but two days later, he had a negative reaction to the treatment that left him shaking uncontrollably.

Due to these effects, they returned home so Brantlee can recover before he restarts the treatment plan on a smaller dosage. His mom, Jenna, hopes that in the future, Brantlee will regain control on the right side of his body, learn to walk again, and be able to function independently. She wants to see her son come out of treatment with the title of a cancer survivor, ready to be his best self and make his mark on the world.

With the recent COVID-19 pandemic, his family has concerns about the amount of time they spend at the doctor’s office. Every two weeks, they needed to travel to see his medical team. But then Brantlee started taking chemo pills from home that resulted in a 107-degree fever and near-fatal seizures. Fluid had gathered in his brain again, and so he underwent another brain surgery. Today, he is back home and will start receiving chemo through an IV after a short recovery period.

He and his family are glad to know that they may look to Alex’s Lemonade Stand Foundation (ALSF) for support during these trying times. Knowing ALSF will always be there to understand what Brantlee has gone through has given each of them a second family.

Donate in Honor of Brantlee Today!