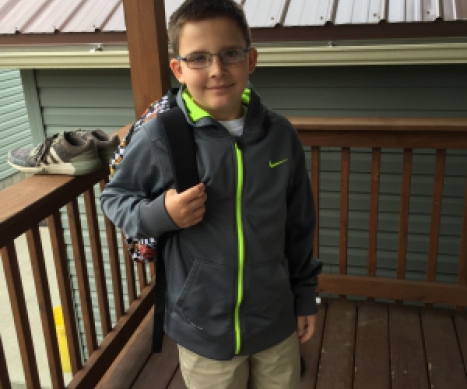 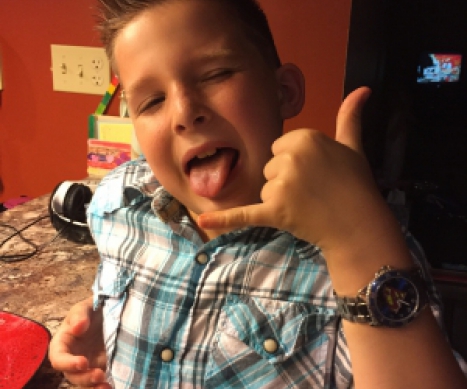 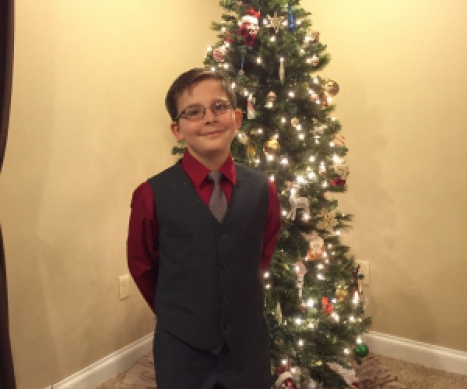 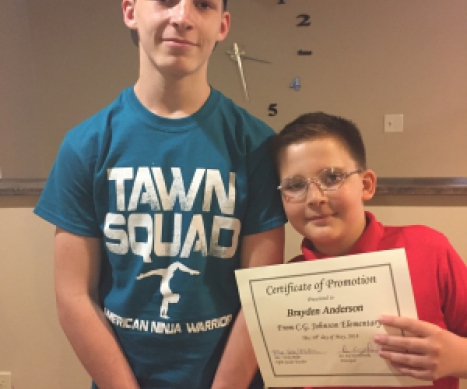 Get the facts about Ganglioglioma and how our research projects are making a difference.

Brayden is truly amazing. He always puts others first and makes sure everyone is happy. He only wants the best for people. His family always says they don't know where he came from because he is just so sweet! He likes nerf guns, video games, pillows and blankets. He wants everyone to get along and doesn't like conflict or fighting except sometimes with his older brother, but that's normal.

He had been sick off and on all of December 2017, but showed no other symptoms for anything. His mom, Lisa, made an appointment with their primary care physician and they scheduled him for an x-ray just to make sure nothing was blocked. Following the appointment, the doctor’s office wanted a CT scan for Brayden the next day.

His parents were worried, as Lisa had dealt with breast cancer nine years before that and kidney cancer that same October. After the scan, they waited in the doctor’s office. The results came back that there was a tennis ball-sized tumor on his spine. They made Brayden an appointment in Pittsburgh and scheduled surgery for February 2018.

Brayden’s diagnosis took some time, it wasn’t until they went back for his post-op appointment that Brayden’s family learned the tumor was cancerous and diagnosed him with ganglioneuroblastoma. Their next trip was to the oncologist, who ordered an MIBG scan and more MRIs. Thankfully, it was determined that no chemotherapy or radiation were needed. His family felt extremely fortunate. Brayden is doing great, but he does have Horner's syndrome as a result of the tumor, which affects his eye and the nerves in half of his face. His family doesn’t care though, they have their baby.

His family hopes Brayden never has a recurrence. They want researchers to find a cure for all cancers. Their ultimate dream is for Brayden to become a nurse because he has such a wonderful soul and would be a huge asset to families in need. They’re happy with anything he wants to do in life though.

What inspired them most was that he never let anything get him down. Brayden is upbeat about everything. They think people can learn valuable things from Brayden’s positive attitude.

Their advice to any other family facing a diagnosis is to just keep moving forward. Take your moments and have a cry, but then pick up and keep going.

They appreciate Alex’s Lemonade Stand Foundation for all the good they’re doing to find a cure. Their family even held their first lemonade stand in June 2018 during Lemonade Days.

Donate in Honor of Brayden Today!