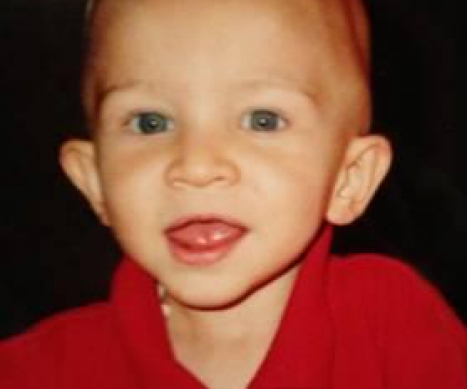 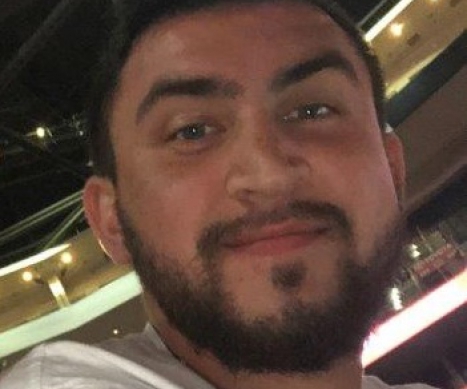 Things changed when we took Cam to his 1 year well check-up. His pediatrician was feeling his belly and she then had another doctor come in. They sent us for an x-ray immediately… then an ultrasound. I remember the room being full of medical staff. We really had no idea what was going on but we knew it couldn’t be good.

The doctors saw a mass. No one would tell us anything but we were sent to see the head pediatrician. He was kind and sat us down in his office. He asked us if we had family and told us to call them. Cameron’s mass was a huge concern and he used the word cancer. I think “shock” is the best way to describe what we were feeling at that time. The doctor had called CHOP (Children’s Hospital of Philadelphia). The oncology team was waiting for us, he said. It was a Friday and I remember thinking it was after 4 pm and they still want to see us? They did and they were waiting… a team of oncologists. They told us it seemed to be one of three types of tumors. They would only know after a biopsy. They also said to hope that it was hepatoblastoma and not the other two… they were much worse childhood tumors… I thought “no I don’t want it to be any!”

That weekend we were sent home to get ourselves together. I guess to cry and pray was on the agenda for us. Back then there was no “www” (worldwide web) and no Alex’s Lemonade Stand Foundation to reach out to. We were anxious for what the next week would bring. Monday and Tuesday were labs and testing. Thursday was surgery. We stayed overnight the night before and that was our first introduction to what was ahead.

After the biopsy was complete Cam was diagnosed with hepatoblastoma, a one-in-a-million rare type of childhood cancer. We looked toward a year of chemo and surgeries.

Cam had 12+ chemo treatments and a few surgeries. The last surgery was an 80% liver resection. We were told if that didn’t work he was going to need a transplant. He was fortunate. The surgery worked!

Over the years Cam did not have any of the foreseen developmental issues related to chemo.

This year we have entered into his 15th year of NED (No Evidence of Disease). Cameron is an active and healthy teenager.

Last year he was medically approved to kick for his high school football team. This was a lifelong dream for him. Cam always swam and did sports with less impact to protect his liver. He hopes to go on to play college ball. He is so positive and has a love to help others (especially kids that are sick). His involvement with Alex’s has helped to mold him into an amazing young adult.

We are so proud of his bravery and his choice to be a positive role model to his younger sisters.

Cameron will always be followed by oncology, cardiology and audiology. Cam did lose all high frequency hearing due to his treatments. He doesn’t let this hold him down. The chemo will have lifetime effects but we are hopeful they continue to be minimal.

I will always be grateful to the nurses and doctors at CHOP and HUP (Hospital of University of Pennsylvania) for getting Cam to where he is now. I know we are blessed to still have him here with us. We as a family will never give up till there is a cure!!! Thank you Alex’s for standing with our families to find a cure!

Hero Update: In 2018, Cameron entered his 19th year of NED (No Evidence of Disease) after being diagnosed with hepatoblastoma when he was just 1 year old. Now, Cameron is a healthy adult who will turn 21 on September 13th.

He works full time as a manager for a large rental car company and strives to be the best he can be. Like he often says, he is living his best life.

His involvement with Alex’s has helped mold him into an amazing adult.

Donate in Honor of Cameron Today!