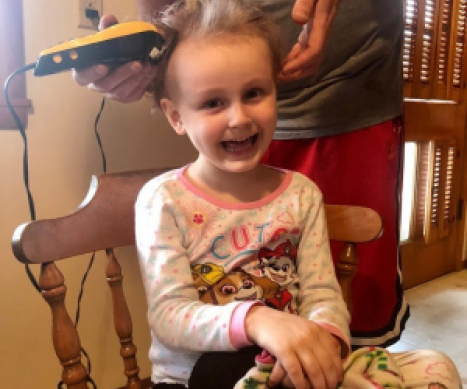 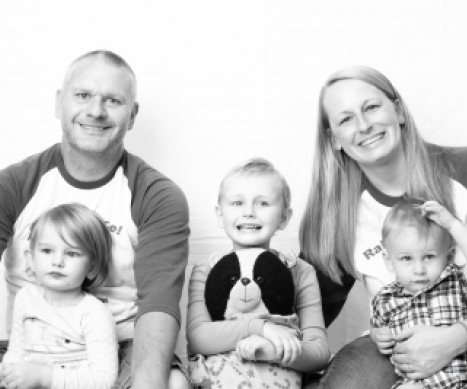 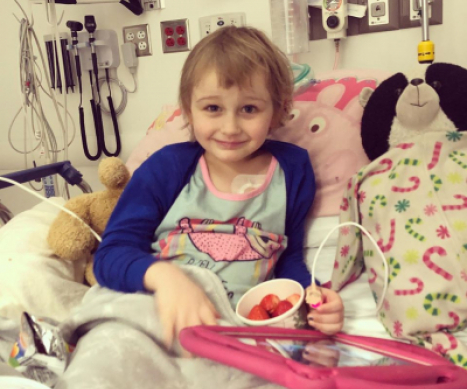 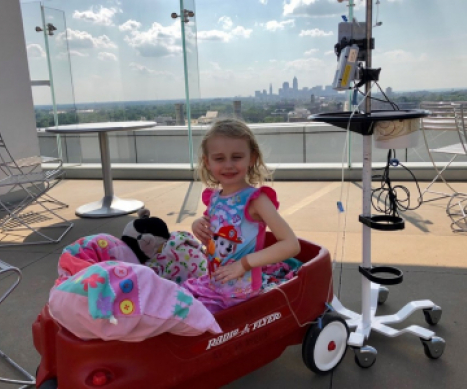 Cece is an extremely persistent and determined young girl; she loves structure and her family. Her favorite thing in the whole world is her stuffed skunk, Skunky. He’s been to every single doctor’s appointment and hospital stay during her childhood cancer battle. She has plenty of other interests too, from Legos to riding her bike, painting and all types of arts and crafts. The list doesn’t stop there either – she also likes school, her iPad, Barbies and Play-Doh. She enjoys playing with her younger siblings, Lily and Andrew.

In April 2018, Cece, who was 3 at the time, started acting funny. She experienced multiple fevers, joint pain, excessive sweating, extreme weight loss and fatigue. Her mom, Lexy, took Cece to multiple doctors and the ER twice, but the symptoms were usually brushed off as growing pains.

It was so frustrating for Lexy because she knew something wasn't right, but she had a difficult time getting a doctor to take her seriously. Cece would be up for hours at night screaming that her stomach and legs hurt. She even had a limp. Finally, Lexy took Cece to a new pediatrician in June 2018 and they were quickly referred to hematology.

From there, everything happened quickly until Cece was diagnosed with acute lymphoblastic leukemia on June 26, 2018. Cece started treatment immediately, and at age 5 she received treatment once a month for her long-term maintenance care as well as daily and weekly chemotherapy medications. In August 2020, she finished her chemotherapy treatment and her family is ecstatic about it.

She is her parents’ hero because she does so many things she doesn’t want to do. She always pushes through and is so strong and brave. If her parents ever don’t want to do something, they always remind themselves of Cece’s bravery.

Their family is thankful that their treatment schedule hasn’t been directly affected by the COVID-19 pandemic, as none of their appointments have been cancelled. Still, it is scary for them to think about Cece being immunocompromised and at risk of getting sick. They have done everything they can to keep her and her siblings safe though.

Cancer is a crazy, hectic, scary journey and having someone along their side that understands and cares like Alex’s Lemonade Stand Foundation (ALSF) has meant so much to them. Last year, ALSF gave Cece’s parents a way to teach her about giving back through holding a lemonade stand. It also provided help for them during the diagnosis and the COVID-19 pandemic.

Cece’s dad, Tim, stopped working the day of her diagnosis and hasn't gone back since. While their family used to be a dual income household, going down to one income abruptly was a huge change for them.

“Alex’s Lemonade Stand Foundation is so important because you are so helpful with information! We have found a lot of helpful resources through you. We also received grocery gift cards recently from you and it was so appreciated! Thank you for everything you do,” said Lexy.

Donate in Honor of Cecelia Today!